Cannabis grower Hexo (TSX:HEXO) (NYSE:HEXO) is about to become the only pot-stock to be evicted from the S&P/TSX Composite in a routine overhaul of the benchmark Canadian equity index, as the company's own ups and downs have collided with huge, broader volatility across all major indexes.

The Ottawa-based firm, which is also traded on New York Stock Exchange, is one of 14 corporations whose shares will drop out of the major Canadian index before the opening bell on June 22, according to an announcement issued by S&P Dow Jones Indices last Friday. It is the only Canadian pot stock to be removed from the index in this regular sweep.

Hexo, which has had to contend with a string of earnings misses, layoffs and a precarious cash position over the last twelve months, has seen its share price fall by 40% so far this year, compared with a 10%-decline in the broader TSX. Over the last 12 months, Hexo has slumped by around 84%. 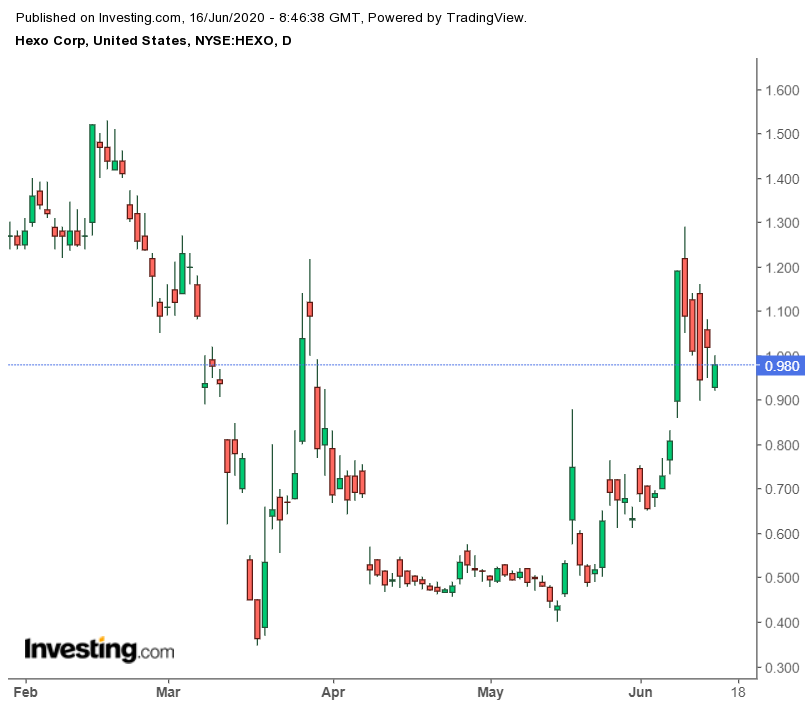 The pending eviction sent Hexo down by almost 1.5% to end the trading day at US0.98 (C$1.34) on Monday, following Friday's 6.5% slide. This two-day decline has all but wiped out the brief bump higher Hexo got last week, after unveiling its latest quarterly earnings that contained better-than-expected results.

It posted an adjusted EBITDA loss of C$4.3 million, a much improved metric compared with the previous quarter’s C$8.5-million loss. The company’s CEO, Sebastien St-Louis said Hexo was on track to post a positive cash flow by the end of the year. Hexo opened up with a 13.5% rally early on Friday, but all of that was history, once the delisting announcement hit the wires.

Foray into the US market ahead

Hexo recently announced it would be entering the U.S. market as it inked a joint venture deal with beer-maker Molson Coors (NYSE:TAP) to develop a non-alcoholic hemp-derived CBD beverage that would be launched in Colorado.

The joint venture, known as Truss CBD USA, was set up as an independent company with its own board of directors. Molson Coors would be the majority owner.

The new company would build on the Hexo-Molson Coors collaborative relationship, which includes another joint venture that focuses on non-alcoholic cannabis-infused drinks for the Canadian market – Truss Beverages. This company is expected to launch its first beverages later this year.