Futures on the S&P 500, Dow and Nasdaq 100 found a more stable footing this morning after U.S. shares suffered a steep selloff on Wednesday, as dismal new job and U.S. manufacturing data re-ignited fears of an economic slowdown.

Coming hot on the heels of ISM figures that showed U.S. manufacturing activity hit the lowest level in 10 years last month, Wednesday’s data re-sparked panic selling—on concerns that the recession already taking hold in the manufacturing sector might be spreading to the broader market, particularly the labor market, which has been a bastion in the U.S. economy. 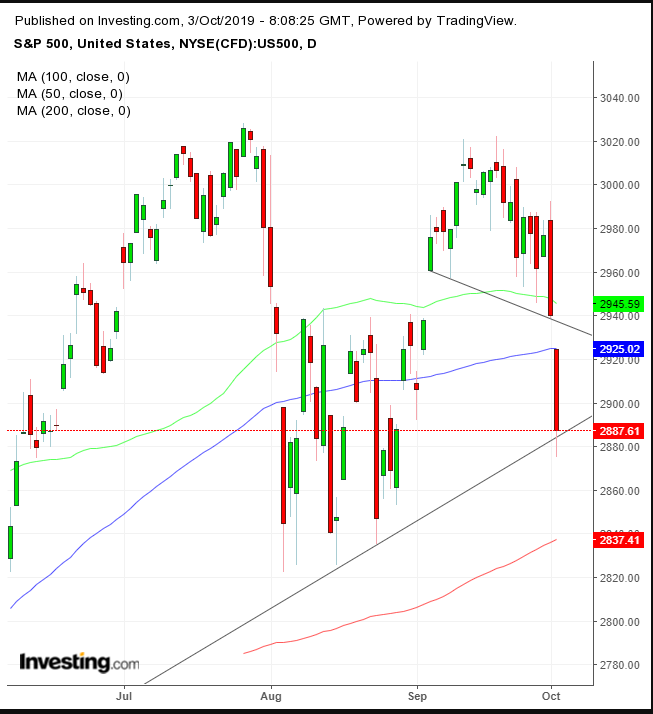 Today, SPX futures managed to pare some of yesterday’s tumble—which brought two-day losses to 3.00%—after finding support at the uptrend line since June, suggesting a pullback to retest the September top.

In Europe, an initial relief-rally on the STOXX 600, lost steam after new U.S. tariffs on European companies including Airbus (PA:AIR), luxury brands and drinks makers coming in line with expectations. Investors struggled to shrug off persistent trade and tariff worries, which sparked the pan-European index's worst performance since December on Wednesday (-2.7%).

In the earlier Asian session, regional markets ended in negative territory, except for Hong Kong’s Hang Seng, which sealed a 0.26% gain despite reports that the city will invoke emergency powers to ban face masks and thereby rein in public protests. Australia’s S&P/ASX 200 (-2.21%) and Japan’s Nikkei 225 (-2.01%) underperformed. 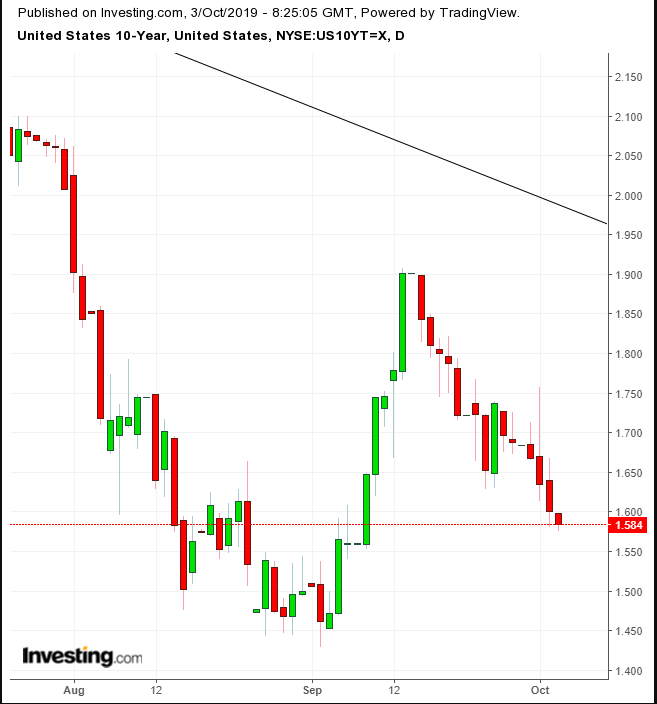 Yields on 10-year Treasury yields fell for the sixth straight session, sinking to their lowest level in more than three weeks, in accordance with the downtrend line since November 2018. 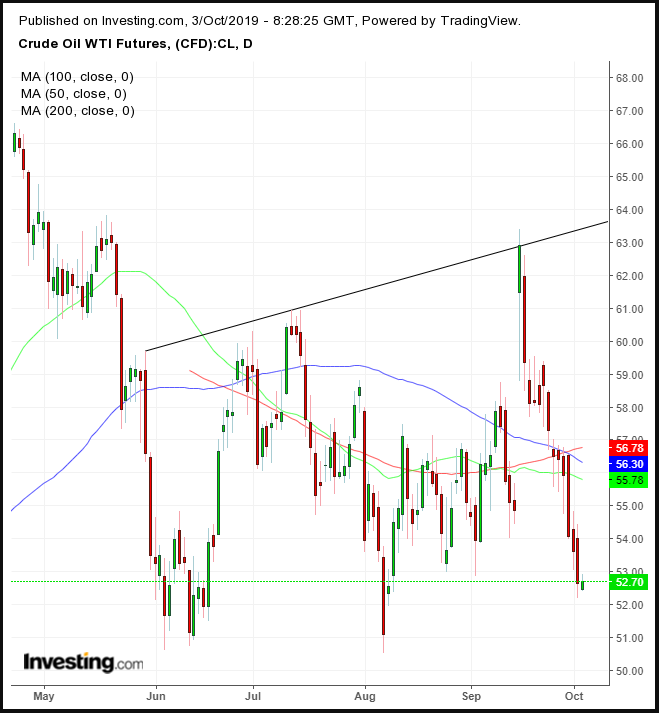 Meanwhile, crude oil lingered in negative territory but found some support after a seven-day slide, as the price neared the lows since June, which may prove to be a bottom if the price scales above $65.