Futures on the S&P 500, Dow and NASDAQ 100 rebounded with European equities this morning as the trade-sentiment pendulum swung back up ahead of high-level U.S.-China talks next month, after China granted tariff waivers on purchases of U.S. soy. 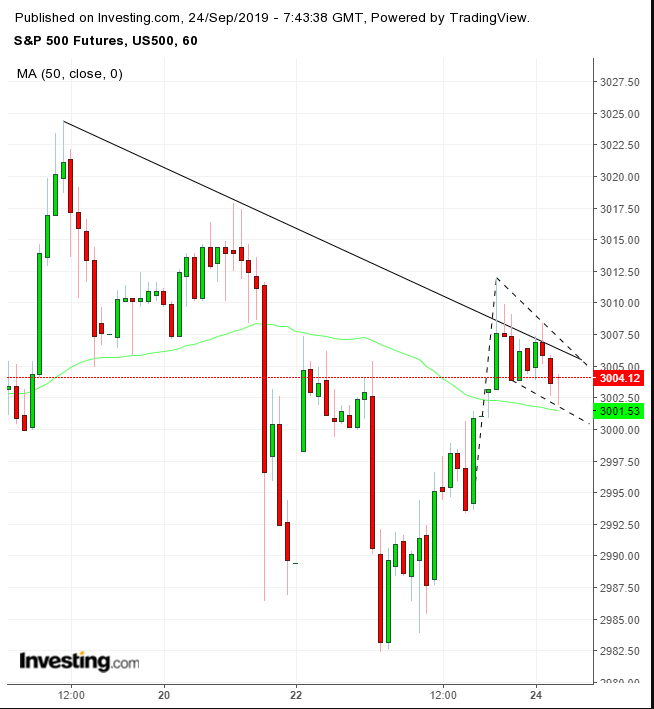 Futures trading benefited from a report by IHS Markit showing the manufacturing and services sectors grew in September, with the former hitting a five-month high. Traders seemed less concerned with contrasting signals coming from the Gallup Economic Confidence Index—which dropped to +17 this month from +24 in August, hitting the lowest level since the government's shutdown in January—and a survey showing a majority of U.S. firms' CFOs sees a recession coming next year.

Technically, SPX futures are trading along a falling flag, bullish with an upside breakout after a continuous advance since yesterday’s U.S. market close. The pattern’s completion would mean prices break free of the downtrend line since last Thursday.

In Europe, healthcare and banking shares led the STOXX 600 higher.

In the earlier Asian session, regional equities rallied on yet another bout of optimism after U.S. Treasury Secretary Steven Mnuchin confirmed he and U.S. Trade Representative Robert Lighthizer would meet with Chinese Vice Premier Liu He for trade talks in two weeks' time. Reports the Chinese government granted state and private firms new waivers to buy U.S. soybeans free of tariffs added to the exuberance. 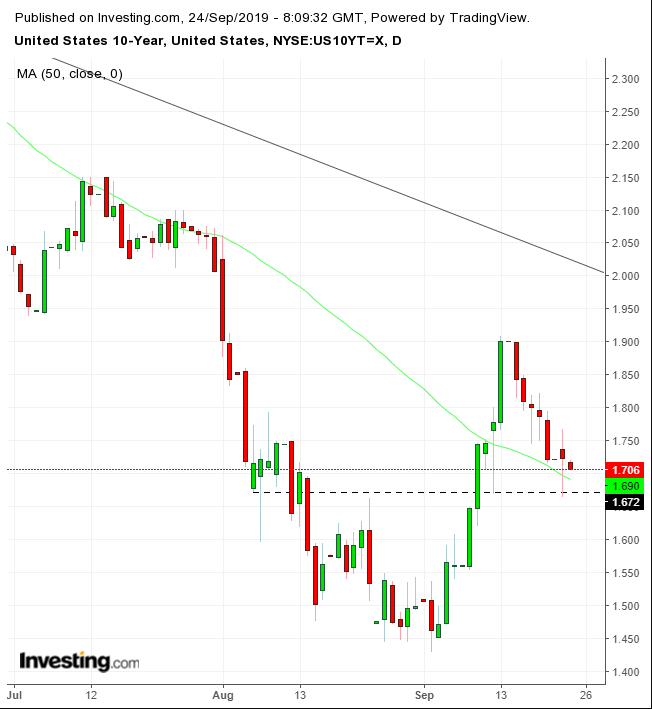 This morning, the yield on 10-year Treasurys was seen falling for the seventh straight session. The decline was not necessarily due to a safety play: Federal Reserve Bank of St. Louis President James Bullard said the U.S. central bank may need to ease monetary policy further to offset downside risks from trade conflicts and excessively low inflation. The outlook for lower rates meant the current rates looked relatively higher. 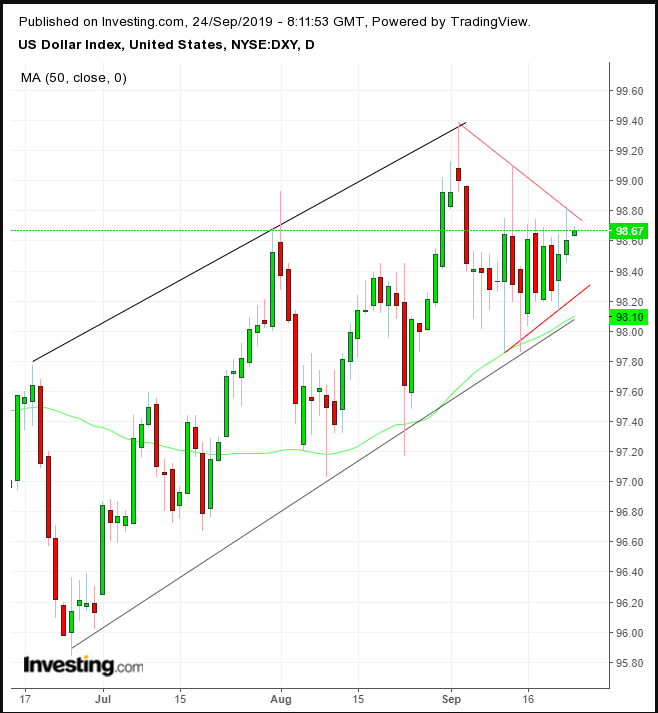 The dollar was rising for the third day, despite Bullard’s call for lower rates. Foreign demand for U.S. bonds may be the main driver of USD demand. Technically, the greenback is trading within a pennant continuation pattern, whose upside breakout would keep alive the rising channel since the July bottom. 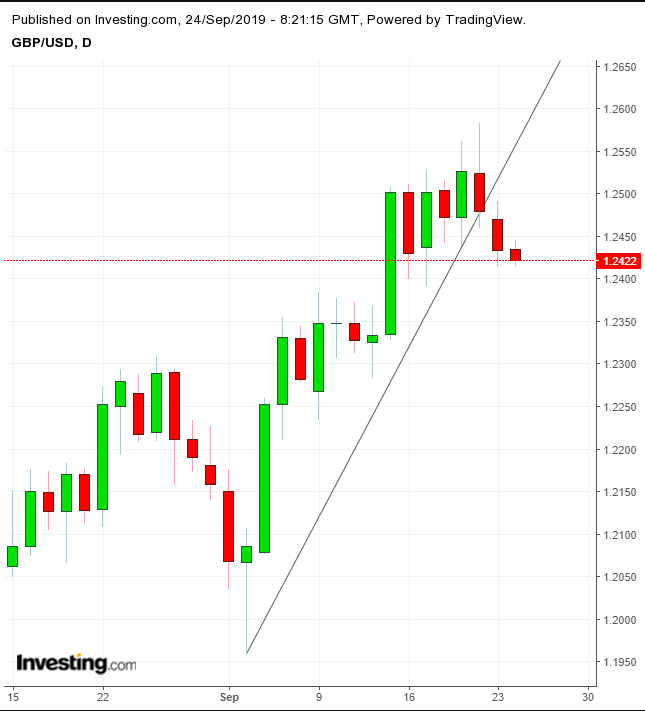 On the other side of the Atlantic, the pound bounced back after falling for the third day below an uptrend line since the beginning of the month, as traders anxiously waited for the U.K. Supreme Court to rule on the legality of Prime Minster Boris Johnson’s suspension of Parliament. 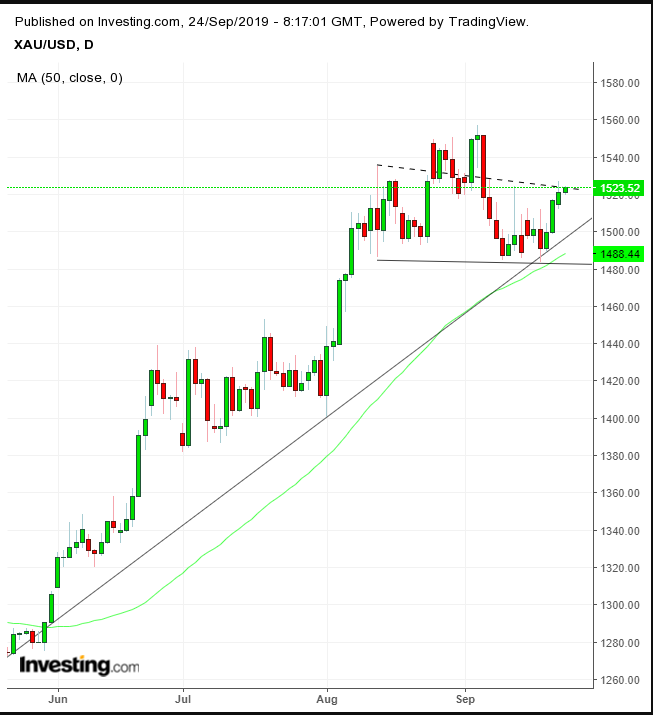 Gold gave up some ground after initially posting a third-day advance, in parallel with the dollar. Perhaps, Bullard’s view of lower rates was enough to feed demand in early trading, even if the USD-denominated commodity became pricier. Technically, the precious metal remains squeezed between a potential H&S top and its failure.