Futures on the S&P 500, Dow and NASDAQ 100 dropped this morning on news that Chinese officials may resist a broad-based trade agreement with the U.S., as they reportedly narrowed the range of items they’re willing to negotiate in this week’s meetings in Washington.

European shares on the STOXX 600 managed to cling onto an advance, with most sectors posting gains.

In the earlier Asian session, Hong Kong’s Hang Seng was—maybe luckily—closed for a holiday, after losing 1.11% on Friday in the wake of violent protests after the government enforced a ban on face masks. Australia’s S&P/ASX 200 (+0.71%) outperformed on thin volumes, riding the coattails of Friday’s Wall Street performance.

In Friday’s U.S. session, equities climbed for the second day on stimulus speculation, with the tech sector in the lead.

However, on a weekly basis, stocks sealed the third consecutive decline on trade, domestic political instability and a string of negative economic headlines—where a nonfarm payroll data miss added to underwhelming manufacturing and non-manufacturing numbers.

Traders were buying the dollar and selling the pound amid growing pessimism on the likelihood of an orderly Brexit on Oct. 31. 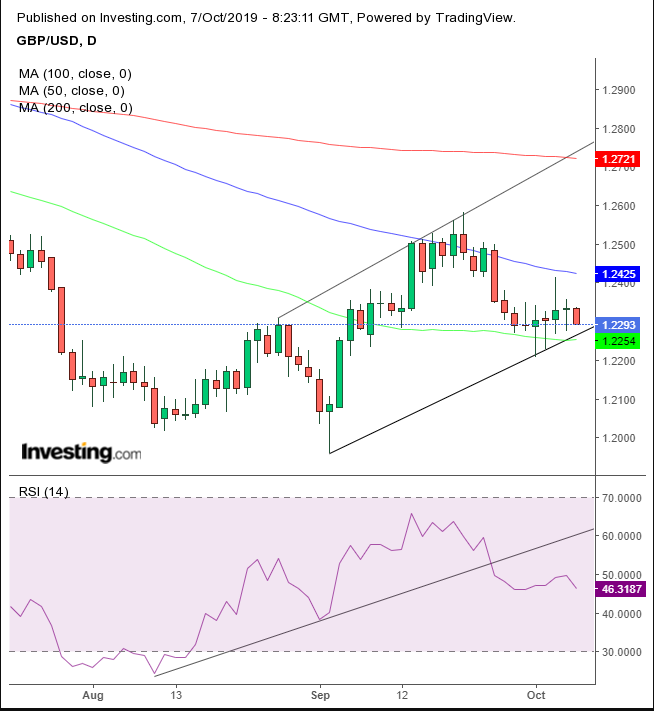 Technically, Sterling fell back toward the bottom of a rising channel. However, according the RSI, it is likely to continue below the expected support. 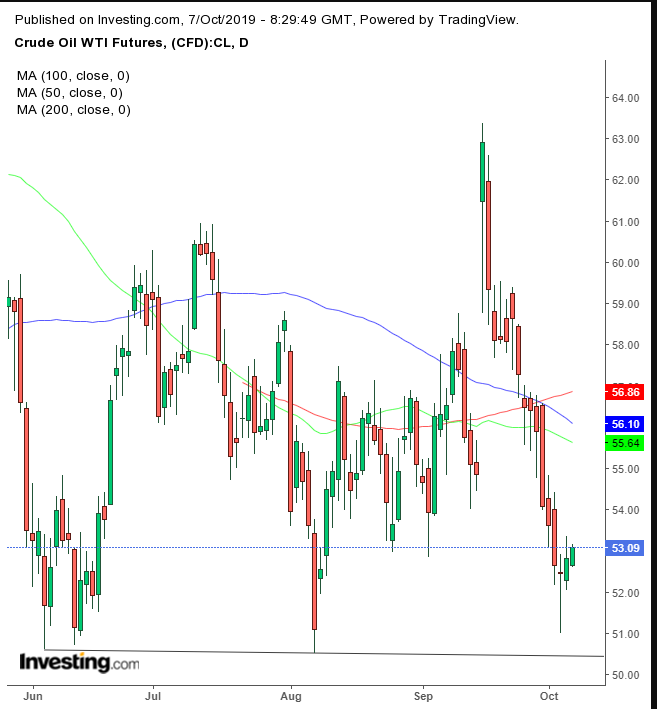 Oil rebounded for the second day following its biggest weekly decline since July. Technically, it found support by the lows since July.

Bitcoin crawled back above $8,000 after an early slide, warding off the risk of closing at the lowest level since June.

Overall, investors can’t seem to catch their breaths, as prospects of a solid U.S.-China trade deal wobble, failing to provide markets some much-needed stability amid Trump’s impeachment probe and the latest signs the world’s largest economy might join in a global slowdown.