The initial European decline was in response to a Bloomberg report that the the World Trade Organization will approve a U.S. tax on almost $8 billion of European imports, on the basis of illegal state aid granted to aircraft maker Airbus (PA:AIR). The news heightens trade tensions and risk between the U.S. and Europe as both parties consider tiff-for-tat tariff measures.

In the earlier Asian session, regional equities ended mixed. Some indices closed markedly in the red despite positive trade rhetoric, probably affected by political risk in the U.S.—re-ignited by news, on Wednesday, of a presidential impeachment probe.

On Wednesday, U.S. stocks edged higher on trade hopes, which seemed to offset the negative political news from Washington.

It’s interesting to see how market narrative shifts: when the upbeat trade announcements were made—including that of a separate initial trade deal between the U.S. and Japan—stocks and futures stood in negative territory, weighed down by political instability following the announcement of Trump's impeachment probe. Arbitrarily and randomly, investors then shifted their focus from Trump’s political woes to trade progress.

It’s interesting to see how market narrative shifts: when the upbeat trade announcements were made—including that of a separate initial trade deal between the U.S. and Japan—stocks and futures stood in negative territory, weighed down by political instability following the announcement of Trump's impeachment probe. Arbitrarily and randomly, investors then transferred their focus from Trump’s political woes to trade progress. 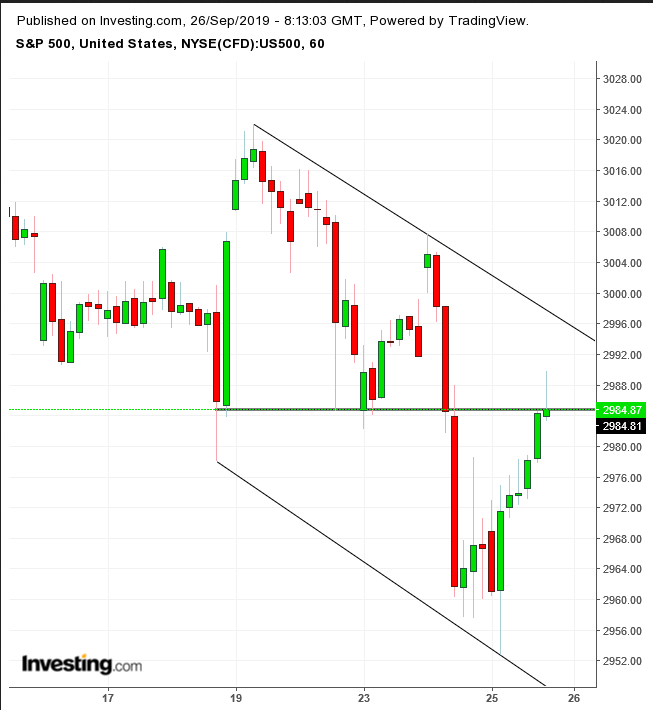 From a technical perspective, the S&P 500 intraday bounce is considered an upward correction within a falling channel since last Thursday, confirmed by a shooting star whose close proved the resistance of Thursday’s and Monday’s lows.

Meanwhile, the yield on 10-year Treasurys returned to declines after yesterday’s jump, which matched the dollar surge in the biggest USD rally since March, to the highest price since May 2017.

The greenback slipped early this morning, to then return to just below yesterday’s highs. 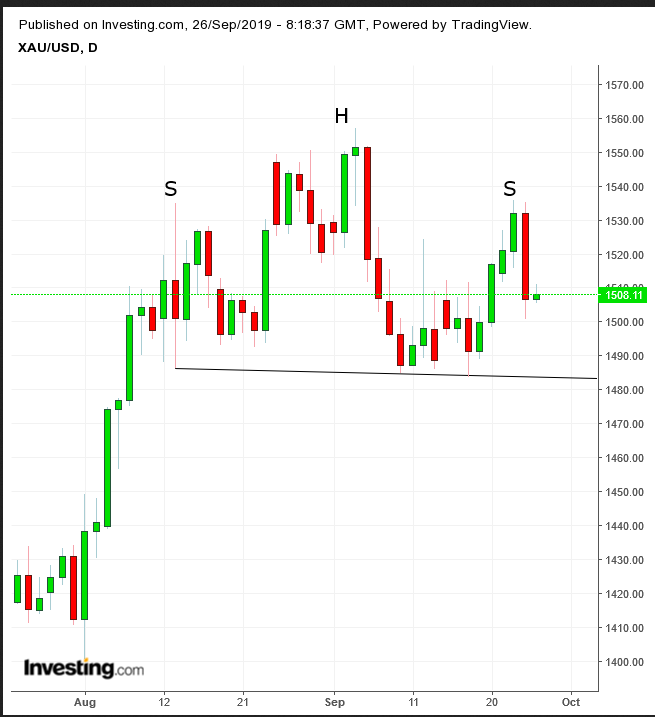 In commodities, gold found its footing after yesterday’s plunge, pressured by the stronger dollar, coming closer to the neckline of a H&S top.

Oil rebounded after extending a selloff on news the U.S. imposed penalties on some Chinese tanker firms for violating sanctions on Iranian exports. The dollar at a two-and-a-half year high further weighed on the price of crude. 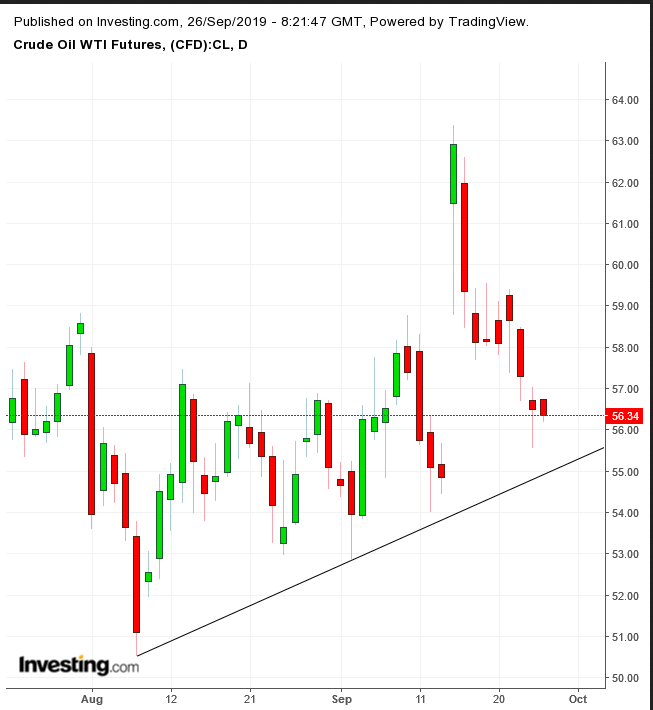 Core PCE — the Fed’s preferred inflation measure — is due Friday. The forecast is for 1.8%.