Futures on the S&P 500, Dow and NASDAQ 100 declined this morning but managed to contain losses, as the diplomatic spat between the world’s two largest economies over Hong Kong matters threatened to turn into a crisis.

U.S. President Donald Trump is expected to sign legislation backing Hong Kong protesters, potentially setting up further confrontation with China after Wednesday's controversy. For its part, the Chinese government has stepped up its warnings against U.S. legislation on the issue, with the Communist Party's daily paper stating that in case of further interference, "the Chinese side will inevitably adopt forceful measures to take resolute revenge, and all consequences will be borne by the United States."

Meanwhile, however, news that China has invited high-level U.S. trade officials for a new round of face-to-face talks in Beijing struck a more positive note, helping equities trim some losses.

In the early Asian session, regional indices hit the lowest price in almost three months on an intraday basis, but downward pressure eased later after Chinese Vice President Liu He said he was “cautiously optimistic” about reaching a phase-one trade deal with the U.S. 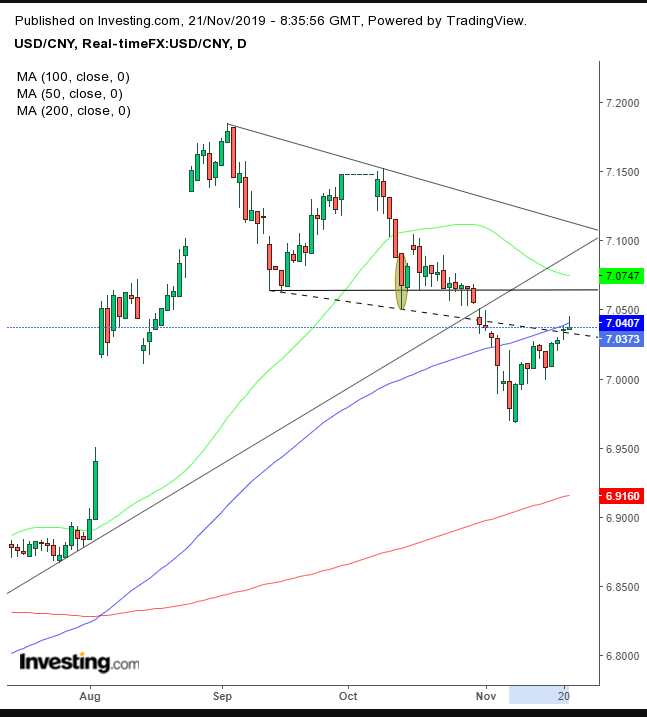 The weakening USD/CNY pair in particular—with the dollar little changed against the yuan but giving up earlier gains, and thereby forming a bearish sign—suggests the market remains optimistic about a trade deal. 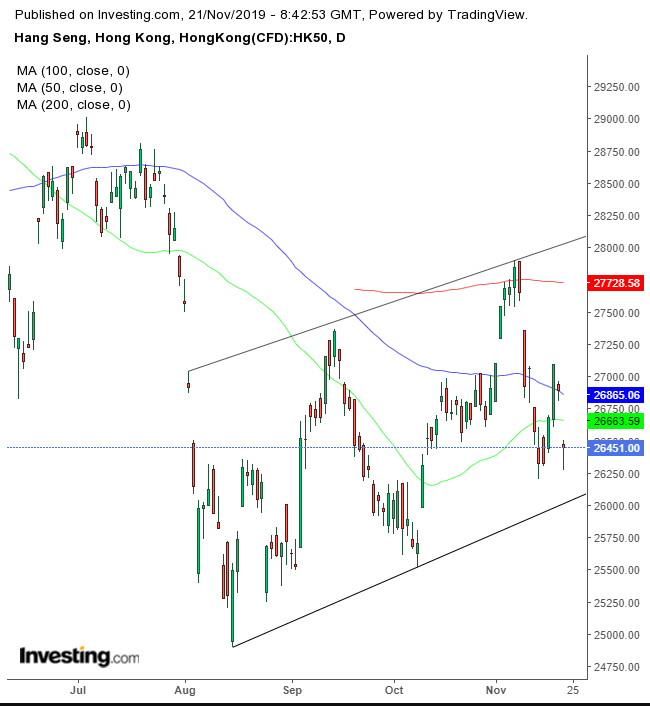 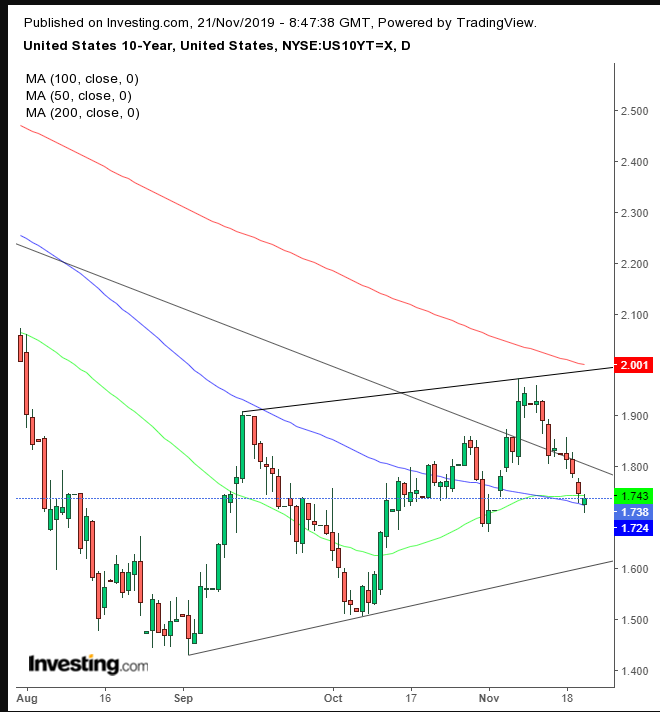 The yield on 10-year Treasurys climbed, paring most of its losses. Technically, it found support by the 100 DMA as the market attempted to pick a pattern between the long-term downtrend line since November 2018 and the short term rising channel since September.

Risk off was generally easing, with safe havens gold and the yen trimming gains.

Oil inched lower after jumping on Wednesday as U.S. crude stockpiles rose less than expected and inventories at a key storage hub shrank by the most since August.