With tensions increasing between the U.S. and China over ongoing events in Hong Kong, U.S. futures contracts are slumping. Asian stocks ignored geopolitics during this morning's trade and instead followed yesterday’s U.S. session higher, focusing on optimism regarding corporate earnings results and a potential Brexit deal.

Contracts on the S&P 500, Dow Jones and NASDAQ have recouped some of their losses, but remain lower nonetheless. The unease ahead of the U.S. open comes after China threatened countermeasures in response to a U.S. House bill supporting Hong Kong protestors.

European futures were flat today, as if traders were clinging to a middle ground, unable to decide between the rallies in Asia or the losses in U.S. futures.

During yesterday’s U.S. session, stocks hit a four weak high on earnings beats. Health Care and Financial shares tracked the broader equity activity. The NASDAQ Composite jumped more than 1.2%, while the S&P 500 topped 3,000 on an intraday basis for the first time in three weeks.

U.S. yields, including for the 10-year Treasury note, dropped along with global rates, as Brexit deal optimism increased. 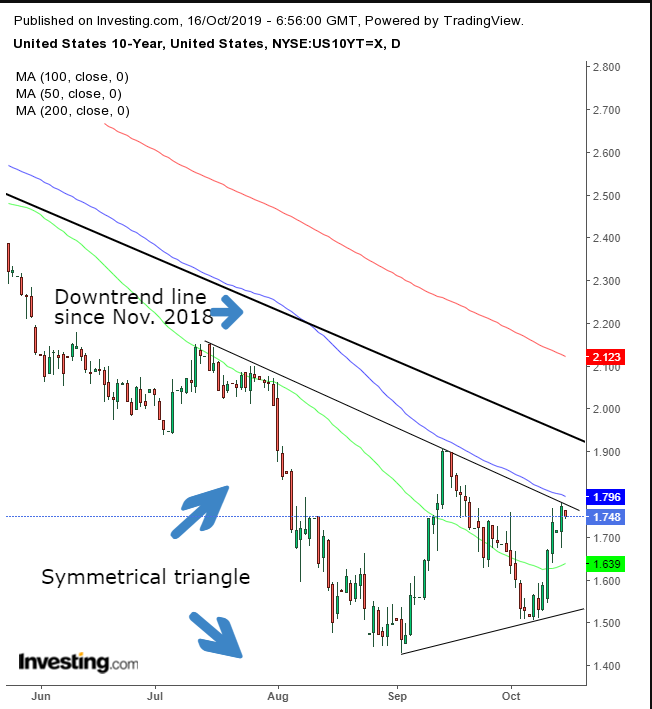 Technically, yields met with resistance at the top of a symmetrical triangle—a pattern illustrating a stand-off between Treasury buyers and sellers—and the 100 DMA. The triangle’s development below the downtrend line since November 2018 gives Treasury bulls an edge, suggesting yields will break to the downside of the triangle. 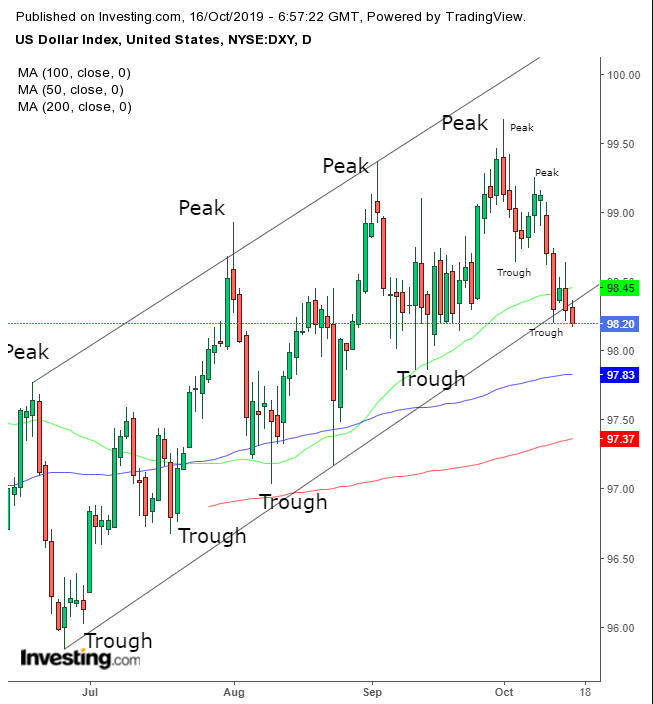 On an intraday basis, the Dollar Index has broken the bottom side of a rising channel, falling to its lowest point since August. 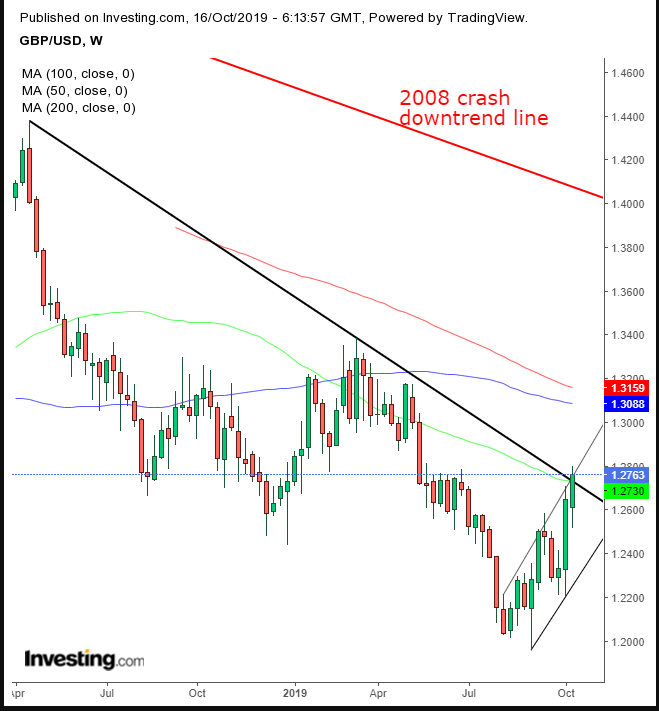 Sterling maintained gains after surging yesterday, as the UK and EU appear to be come to the brink of a Brexit deal 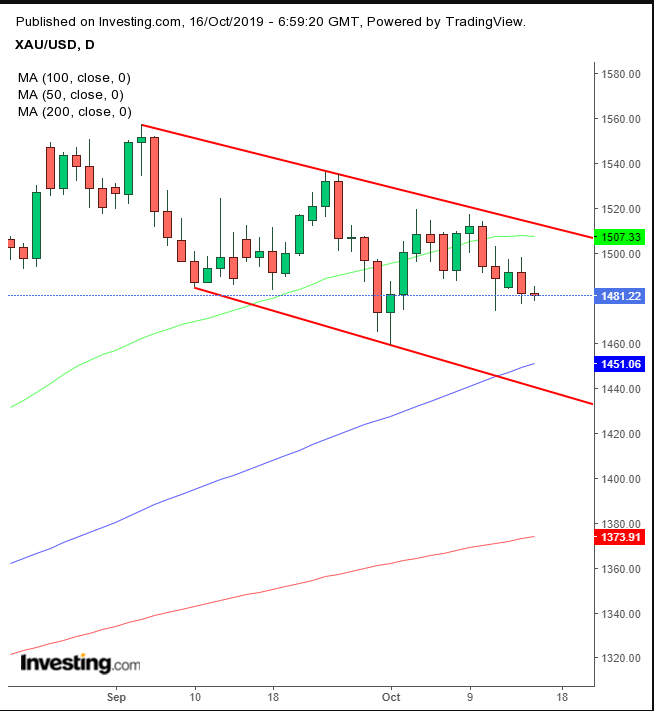 Despite lower U.S. futures, falling yields and a sagging dollar, gold has edged lower earlier today. Technically, the yellow metal has been trading within a falling channel since early September. 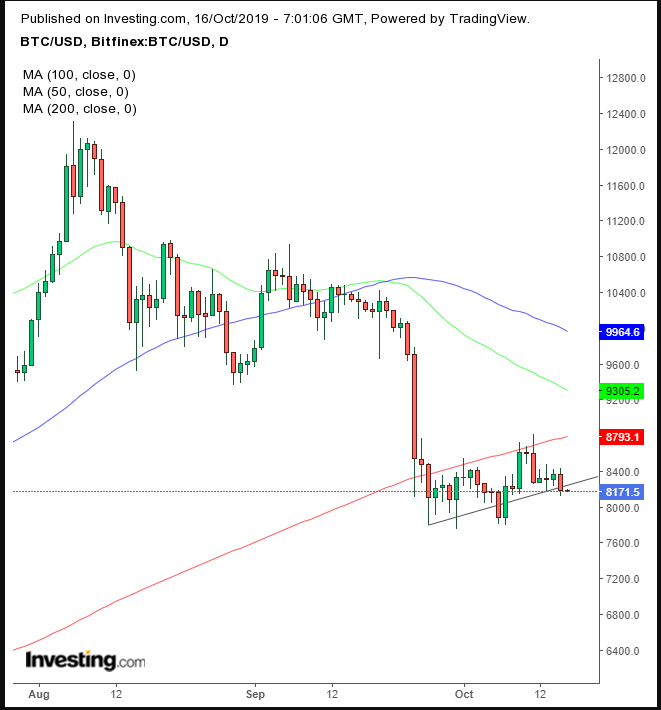 Bitcoin's slump continues. For added bearish emphasis it slipped below its rising channel whose upper boundary is also the cryptocurrency's 200 DMA. However, because of the digital currency’s volatile nature, we’re not calling a downside breakout yet. That would occur when a full, long red candle develops on its downside.