After an initial attempt to break away from sinking European stocks as markets opened earlier today, futures contracts for the S&P 500, Dow and NASDAQ reversed, moving in sync with Friday’s U.S. selloff after a Chinese trade delegation cancelled a scheduled visit to U.S. farms in Montana and Nebraska.

Earlier, however, Chinese officials clarified that Friday's cancellation was not indicative of a setback in talks, but rather in response to an American request that they postpone the visit. The reason, right now, isn't entirely clear.

China's Vice Agricultural Minister Han Jun claimed that while the visit was discussed, it was never finalized. Still, the timing was strange, as the cancellation ocurred just an hour after President Donald Trump insisted that he won’t accept a partial trade deal. Could it be there's another reason European shares and U.S. futures slipped, or is the market simply not buying the official explanations?

The Stoxx Europe 600 Index extended a drop from a lower open after the release of disappointing business activity data in France, the bloc’s second largest economy. 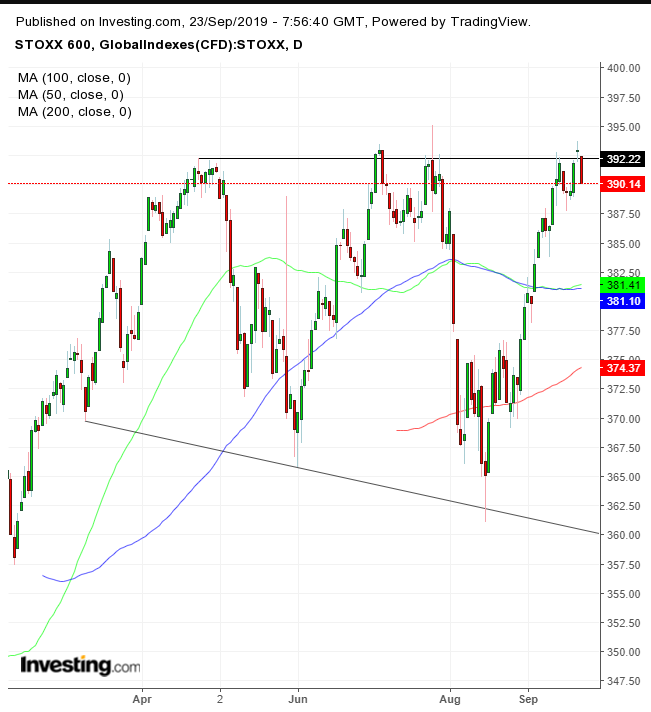 From a technical perspective, the price level, below 395.00, has demonstrated a steady line of supply since April, while buyers since March have been willing to invest at ever lower prices.

During the Asian session, stocks drifted, with the biggest move occurring on China’s Shanghai Composite (-0.908%), which also underperformed. Japanese markets were closed today for a holiday. 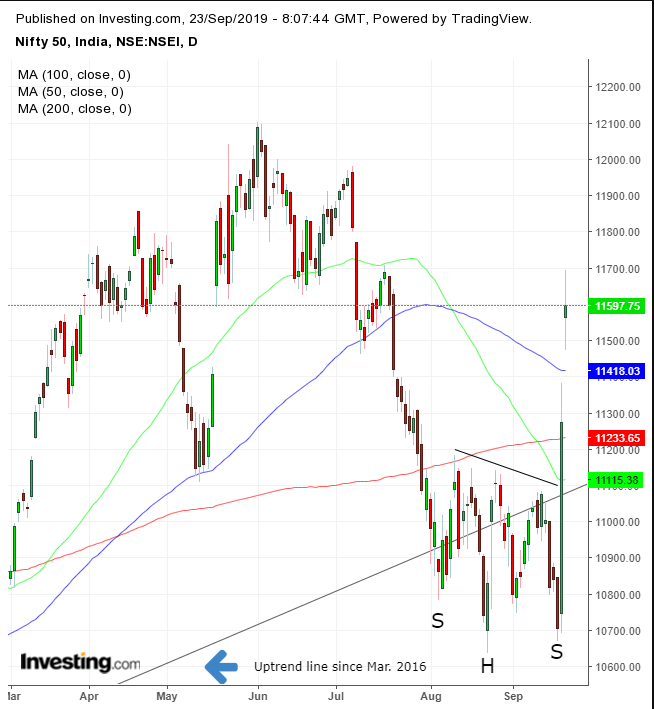 India’s Nifty extended a rally. It jumped the most in a decade after an unexpected tax cut. Technically, the index extended an upside breakout to a small H&S bottom, as it slices through the 200 DMA in presumed resumption of the uptrend.

South Korea's KOSPI eked out a 0.01% gain, below the 200 DMA. However, it was enough to extend a rally to the twelfth straight day. As well, the Korean won shook off continually deteriorating export data, after sinking for the second day. 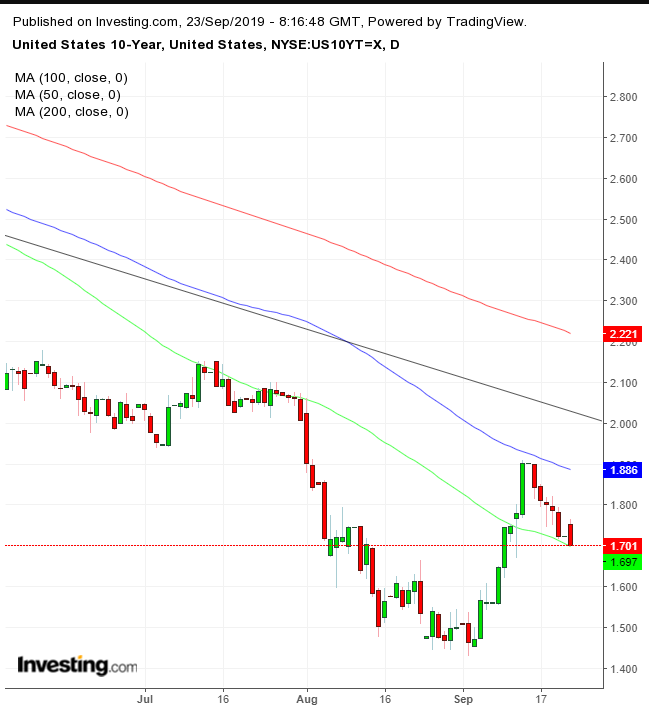 Yields on the U.S. 10-year Treasury note dropped for the 6th day, wiping out a jump that occurred in the first hour of European trade—the same trajectory displayed by U.S. equity futures and the opposite direction of haven assets gold and the yen. Technically, rates found support by the 50 DMA after finding resistance at the 100 DMA. The decline may confirm the downtrend line since November 2018.

The U.S. dollar rose even as the yen gave up a rebound to extend its slump for a third day; gold advanced for the third straight session.

Bitcoin dropped to its lowest point of the month. 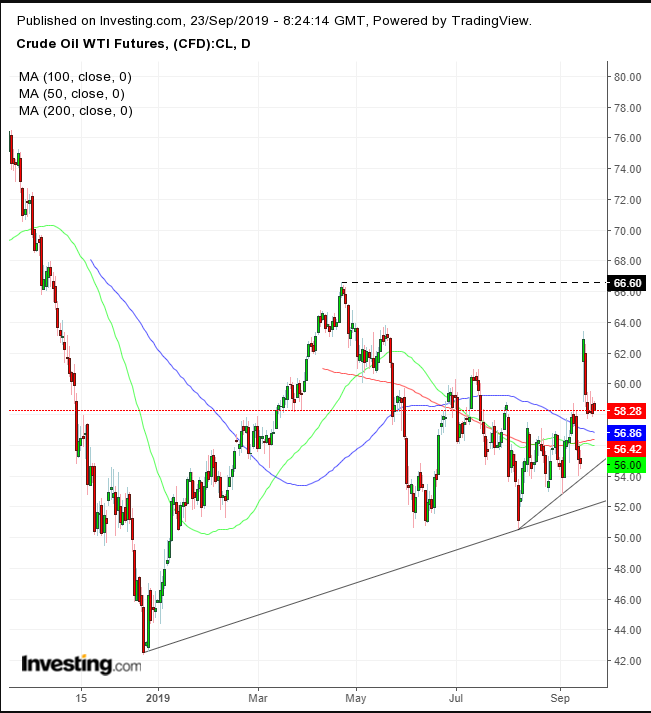 Surprisingly, oil only edged higher after UK Prime Minister Boris Johnson threatened Iran with a joint U.S.-UK military action, blaming Iran for the attack on Saudi Arabia’s oil facilities. From a technical perspective, oil is in a short-term uptrend though it's trendless in the medium-term, until the commodity is able to fetch a price higher than the previous peak of $66.60 on Apr. 23.