No Monday Morning Blues for Equities

No Monday Morning Blues for Equities

No Monday morning blues for equities after the Bank of Japan announced more stimulus and we’ve some good news from Italy at last and even Deutsche Bank (DE:DBKGn) has reported a profit.

The BOJ laid down the gauntlet to the Federal Reserve and European Central Bank, who both meet later this week, by raising its package of support. The BOJ will now buy unlimited government bonds (JGBs), catching up with market expectations, and is increasing how much corporate and commercial paper it buys.

The moved gave an upbeat tone to trading in Asia. Tokyo rose 2.7% whilst Hong Kong rose 2%. European shares followed suit with the FTSE 100 opening above 5800 and the DAX reclaiming 10,500. Indices remain in consolidation phase and risk rolling over as momentum fades, but the news today is quite positive. US futures are positive after closing higher on Friday but falling over the course of the week.

Italian and German yield spreads came in after S&P didn’t downgrade Italian debt. This is good news for the ECB, which may well increase its pandemic asset purchase programme by €500bn this week.

On the Covid-19 front, Italy is also making progress and will relax lockdown measures from May 4th. Spain has reported its lowest daily death toll in a month. Boris Johnson is back to work.

Meanwhile Deutsche Bank reported exceeded expectations on profits and revenues in the first quarter but warned on loan defaults as a result of Covid-19. Investors shrugged off the warning and shares rose 7%, sending European banking stocks higher by around 3%. It’s a very big week for earnings releases – HSBC, BP (LON:BP), Shell (LON:RDSa), Amazon (NASDAQ:AMZN), Alphabet (NASDAQ:GOOGL), Facebook and the rest.

Oil has taken a turn lower as fears of approaching ‘tank tops’ imminently. The June WTI contract is starting to show stress, gapping lower at the open last night and trending lower to approach $14. Brent is –5% or so at $23.50. Goldman Sachs estimates global storage capacity will be reached in just three weeks, which would require a shut-in of 20% of global output. That would chime with what we’ve been tracking and suggests OPEC+ cuts of 9.7m are – as anticipated – not nearly enough. It will make the Brent front-month contract liable to volatility, though perhaps not quite what we have seen in WTI. Baker Hughes says oil rigs in the US were down 60 in the week to Apr 24th to 378, the fewest active since 2016 and well under half the number this time a year ago.

In FX, speculators are dialling up their net long bets on the euro. The Commitment of Traders (COT) from the US Commodity Futures Trading Commission shows euro net longs rose to 87.2k contracts in the week to Apr 21st, the most since May 2017. Traders turned long at the end of March and have been adding to positions since. The last time a move like this occurred in EUR positioning in 2017 it preceded a 15% rally in EURUSD.

EURUSD – the last time specs turned this long was in May 2017. 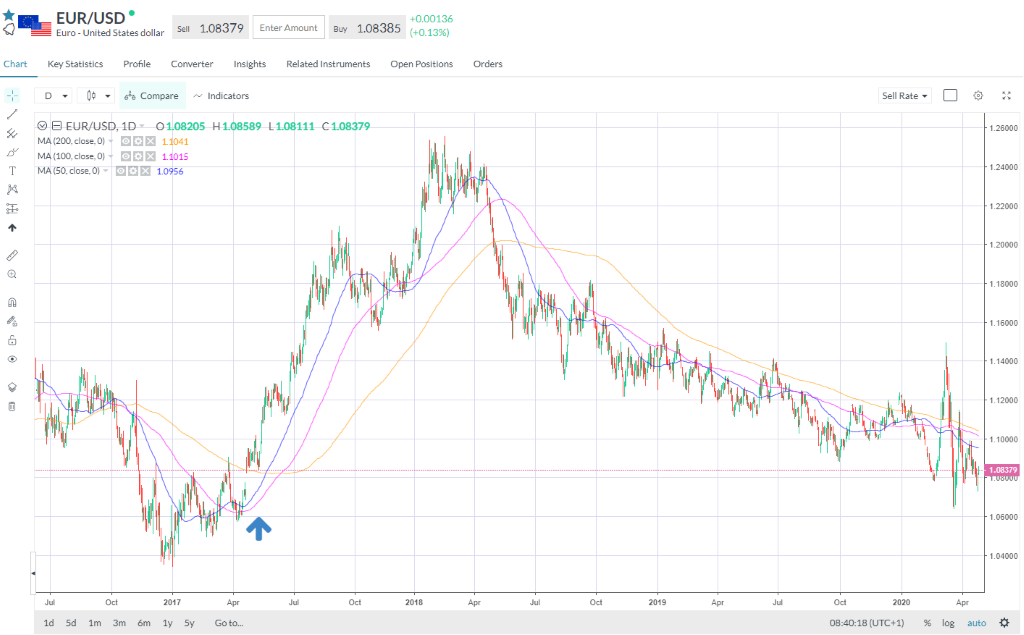 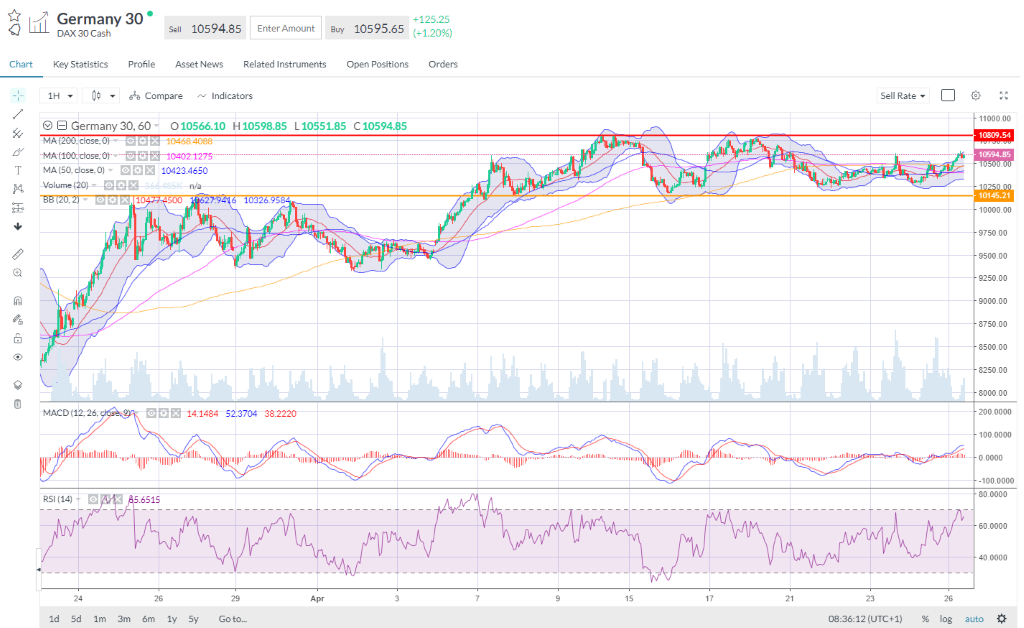