At the start of July, TD Ameritrade-backed ErisX, which plans to offer crypto futures derivative services, received a clearing organization license from the U.S.'s Commodity Futures Trading Commission (CTFC), allowing the service to settle futures. In May, digital asset company BitGo announced it planned to launch an off-chain clearing and settlement division aimed at institutional investors in the crypto space.

Both these announcements may not sound like much, but for the cryptosphere it could be yet another significant step toward fuller legitimization within the financial mainstream.

In the U.S., the Depository Trust & Clearing Corporation (DTCC) provides all post-trade services from when a financial transaction is initiated until that trade is settled, meaning the securities or funds involved are delivered. In Europe this is handled by a clearing house called European Central Counterparty N.V. (EuroCCP). Both companies take on the inter-party credit risk for transactions and provide clearing and settlement services for trades in foreign exchange, securities, options, and derivative contracts.

Until now, however, nothing similar has existed in the cryptosphere. But as regulators look more closely at approving derivative instruments for such digital assets as Bitcoin, Ethereum and peers, and as institutional traders seek to enter those markets, the demand for a traditional, established custodian to provide secure storage and settlement for crypto assets has gained momentum. David Williams, chief technologist at BlockRules notes:

“While custody services for security tokens are rapidly becoming a reality, trading on a large scale will only become practical with central clearing—updating the accounts of the trading parties—and settlement—the actual exchange of money and securities.”

One of the many advantages of security tokens, adds Williams, is that both clearance and settlement are usually built in, but regulations have not kept up with the technology. “To move forward, we will need regulatory clarity or the support of an established clearing house in coordination with a central securities depository,” he says.

That's where services such as ErisX's and BitGo's could play a significant role. Clearing services are integral to mature markets, explains Tom Maxon, head of U.S. operations at CoolBitX. They're the internal “plumbing” of financial markets, he says.

“Clearing houses function as the trusted backbone of a healthy market: they absorb risk between buyers and sellers engaging in security trading by being the facilitator of a particular transaction. They also inject liquidity into markets during times of volatility and uncertainty,”

Perhaps most important, Maxon adds, clearing houses insert trust into an exchange of value. "For a retail investor-dominated market like virtual assets, trusted clearing house-like offerings are worth their weight in gold (or Bitcoin).”

Ed Tuohy, CEO of MERJ Exchange, a securities and digital asset exchange based in the Seychelles, says:

“Tokenized securities are still securities. They must operate within the same regulated infrastructure as securities. This means every step of the way, from exchange, through clearing, settlement and depositary. This has proven a stumbling block for many of our competitors because, although many are licensed exchanges, they are tied into a model of central clearers and depositaries.”

Central securities depositories and central counterparty clearing houses are not yet willing to support security tokens, Tuohy adds, so many exchanges find themselves in a difficult position. They can list and trade security tokens but they have no compliant way of clearing them.

ErisX's newest license, as well as BitGo's launch have the potential to neatly solve that problem. Though there isn't, as yet, a globally harmonized definition of safekeeping or record-keeping for ownership of securities, this could be another big step in that direction. 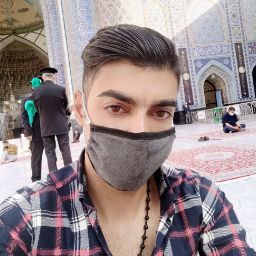 Hi how do you use digital currency with this software  ... (Read More)

Hello good morning my mom how are you going  ... (Read More)