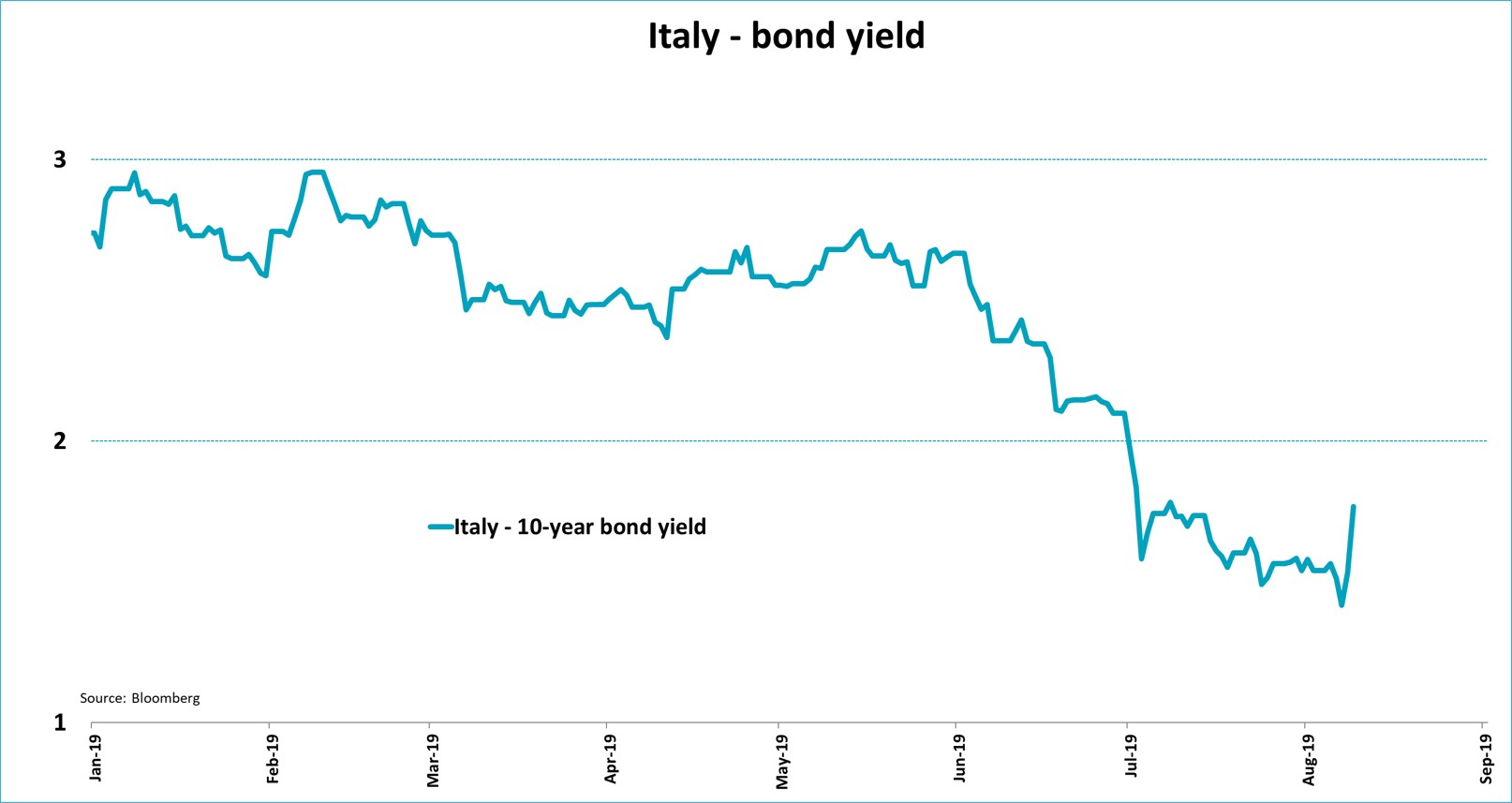 It looks like Italy’s awkward coalition will come to an end soon. Deputy Prime Minister Matteo Salvini, who has been advancing strongly in the polls in recent months, is aiming for new elections as early as October, as he believes it is “pointless for the government to go ahead amid continuous quarrels”. His opponent, Prime Minister Giuseppe Conte, is however unwilling to give up without a fight. In any case, bond investors don’t like this uncertainty, with the 10-year Italian bond yield spiking as much as 0.22%. It should be noted that the recent political turmoil in Italy is far from exceptional. Europe has been characterized by a continuous stream of political struggles and, with Brexit due at the end of October, the abundance of political stress will likely remain in the foreseeable future. This has led to a significant risk premium, which is reflected in European and other stock markets. They’re cheap, but for a reason.