How Cryptocurrency Will Reshape The Finance System In 2019

How Cryptocurrency Will Reshape The Finance System In 2019

2018 was challenging for the cryptocurrency market. Within one year, Bitcoin lost most of its value — it fell from $14,000 to less than $4,000. Naturally, other cryptocurrencies followed suit. 2019, however, has seen the market situation stabilizing. At the beginning of 2019, the rate of Bitcoin increased by 5%. Today, it costs $10,400. Along with this, the growth of altcoins is observed, making cryptocurrency increasingly popular.

Some enthusiasts believe that cryptocurrency will contribute to the development of a new digital economy. Still, others argue that the cryptocurrency crash is ahead, as the market itself is unstable. So, which scenario will likely come true?

What cryptocurrencies bring to the table

Digitalization has significantly affected the economy. This has brought both positive and negative changes to the financial sector. The advantages of using cryptocurrency include:

However, it is worth noting that cryptocurrency has some disadvantages too. Of course, each crypto token has its own flaws, but there are drawbacks that are commonly found in almost all cryptocurrencies:

How could cryptocurrency affect the economy?

Financial institutions see cryptocurrency as an innovative tool in the world trade that could potentially be involved in it like other currencies. However, the impact on the global economy is still controversial. Bitcoin has been around for 10 years now, but it is still not recognized in many countries. Add high volatility and unregulated nature, and you will clearly see why it cannot be a substitute for real money yet. However, it is now an excellent investment and savings method.

As for the market behavior of cryptocurrency, experts make different forecasts. Crypto enthusiasts claim that if cryptocurrency properly develops, it will improve the economy. Thus, the digital money will help to reach a balance between centralized and decentralized service providers in the financial ecosystem. Critics say that it has a lot of vulnerabilities and can cause a new Great Depression.

The governments are wary of cryptocurrencies, as a rule. So, while some countries pursue miners and Bitcoin traders, others try to legalize cryptocurrencies. The main problem is that the government usually sees cryptocurrency as a threat to national security. Because of this, the authorities are strengthening control over the market. In the US, for example, companies that deal with Bitcoin are under intense scrutiny from the Department of Homeland Security, the FBI, and FinCEN. Enhanced supervision is also manifested by the authorities on the part of Russia, India, and China. Even though today people can pay for goods with Bitcoin in some places, the financial bodies of some countries still consider cryptocurrency as a tool for money laundering, tax avoidance, and illegal banking.

Recently, an increase in trading activity on cryptocurrency exchanges has been observed. Based on the financial situation in the world, analysts make various forecasts. As practice shows, the dynamics of the cryptocurrency market depends on the moves of large investors. The news on listing cryptocurrency on the Nasdaq stock exchange gives positive hopes. According to experts, this will increase the confidence in blockchain and drive the demand for cryptocurrency. Moreover, Bitcoin supporters argue that the launch of an ETF (exchange-traded fund) will contribute to the cryptocurrency adoption and facilitate the investment process.Negative predictions

Harvard University professor Kenneth Rogoff argues that Bitcoin is more vulnerable to bubble collapse. And the reason for such instability lies directly in the absence of inherent value and energy-intensive mining. Therefore, Rogoff predicts that the long-term cost might be $100, but certainly not $100,000. However, the expert does not claim that it will be exactly so. Rather, he compares the cryptocurrency to a lottery ticket, which is most likely useless but still can bring a big win.

Others believe that the growth rate of the token may continue until 2020. Their forecast is based on the Bitcoin exchange rate statistics over the past 10 years. At the same time, Bitcoin pushes the growth of other cryptocurrencies. Given the current movements of cryptocurrencies, the experts even compiled the top most promising coins for 2019:

Ronnie Mas, a Wall Street financial analyst, believes that the market is pending now. Over time, we can expect a true rise of cryptocurrency. There are several indicators for this:

Also, the possible growth of cryptocurrency is associated with the development of infrastructure and digital technology.

As you can see, cryptocurrency investment may have two possible outcomes. Cryptocurrency supporters pin their hopes on the increase in the price of Bitcoin and altcoins given the reverse growth of the market. While non-believers consider digital finance a speculative bubble and make skeptical predictions. In the end, the choice of whether to invest or not is yours. If you are ready to take risks and study the market carefully, then investing in cryptocurrency can bring success.

Cryptocurrency has to overcome some challenges

The ambiguity of Bitcoin, and therefore other cryptocurrencies, causes a lot of disputes. Strict regulation, market instability, vulnerability to collapses and hacker attacks make cryptocurrency an unreliable financial tool thus far. For the situation to change, cryptocurrencies must become more understandable for investors and consistent with the law. The achievement of these goals requires an integrated approach and innovative financial infrastructure. 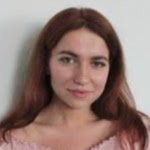