The yield on Greek 10-Year government bonds has fallen below 3% for the first time ever.

Admittedly, the improved health of the Greek economy – year-on-year GDP growth is up in seven consecutive quarters – and upcoming elections, with the opposition clearly ahead of premier Alexis Tsipras, could be driving yields lower. But the massive flight into government bonds globally and the short-term memory of investors are likely to be at play as well. As a reminder, despite its long-term debt agreement with the EC, ECB and IMF, Greece still has a debt-to-GDP ratio of 182% and an unemployment level of close to 20%. 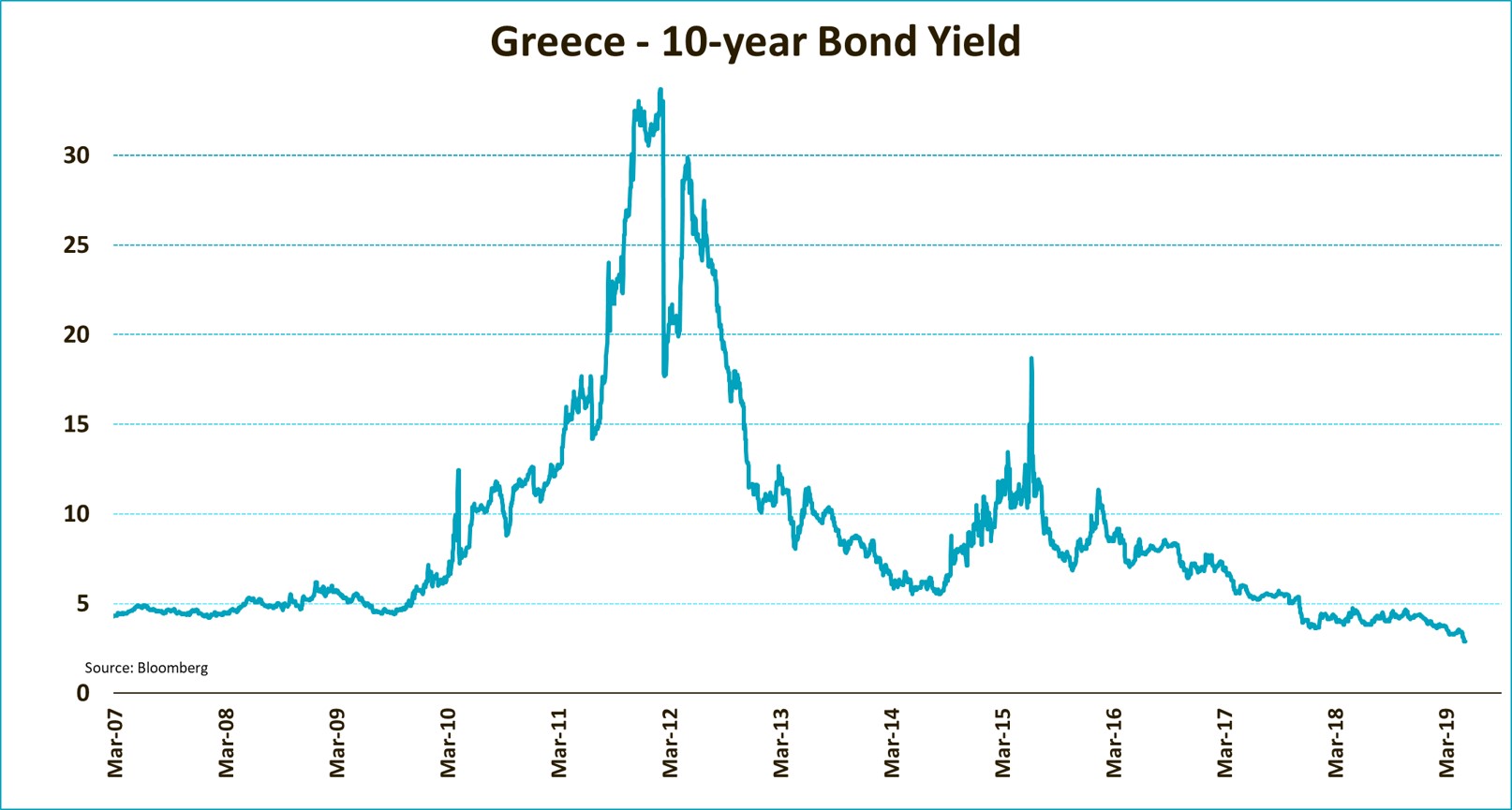