It’s been nearly two months since gold bulls said goodbye to the dizzying record highs in the yellow metal. After various failed starts, hopes are rising again that a tumble in the dollar could provide gold with an opportunity to return and stay at the $2,000 an ounce level.

This week financial markets will be closely watching two events. First, tonight’s debate between Republican President Donald Trump and his Democratic challenger Joe Biden, ahead of the November 3 face-off for the 2020 U.S. election. Then on Friday, U.S. jobs data for August, when nonfarm payrolls are reported.

Neither will be a game changer to the longer-term outlook for gold and the dollar. But the effect they will have on the equity, bond and forex markets, and the broader macro space, could result in sizable impact for the shiny metal and its nemesis, the greenback.

Beyond these two events, there are hopes that Republicans aligned to Trump will reach an agreement soon with their rivals in the Democrat-led Congress for a new COVID-19 stimulus package—it has been a political football in Congress for the past three months.

“Something has to give,” James Hyerczyk, who blogs on gold, said in a post on the FX Empire site on Tuesday. “We can’t have speculators dumping gold and still holding record short positions in the U.S. Dollar.”

Gold last hit record highs on Aug, 7, when the spot price, which tracks bullion, touched $2,703 an ounce, amid a $2,089 peak for futures traded on New York’s COMEX. 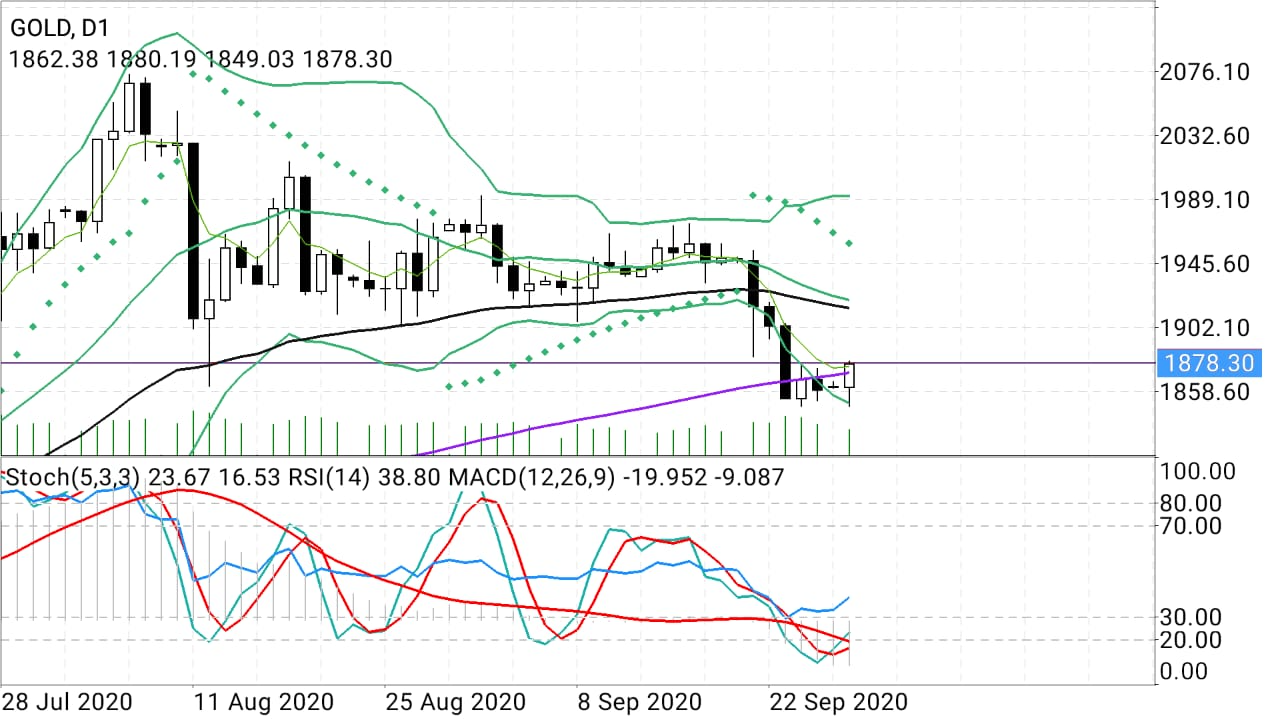 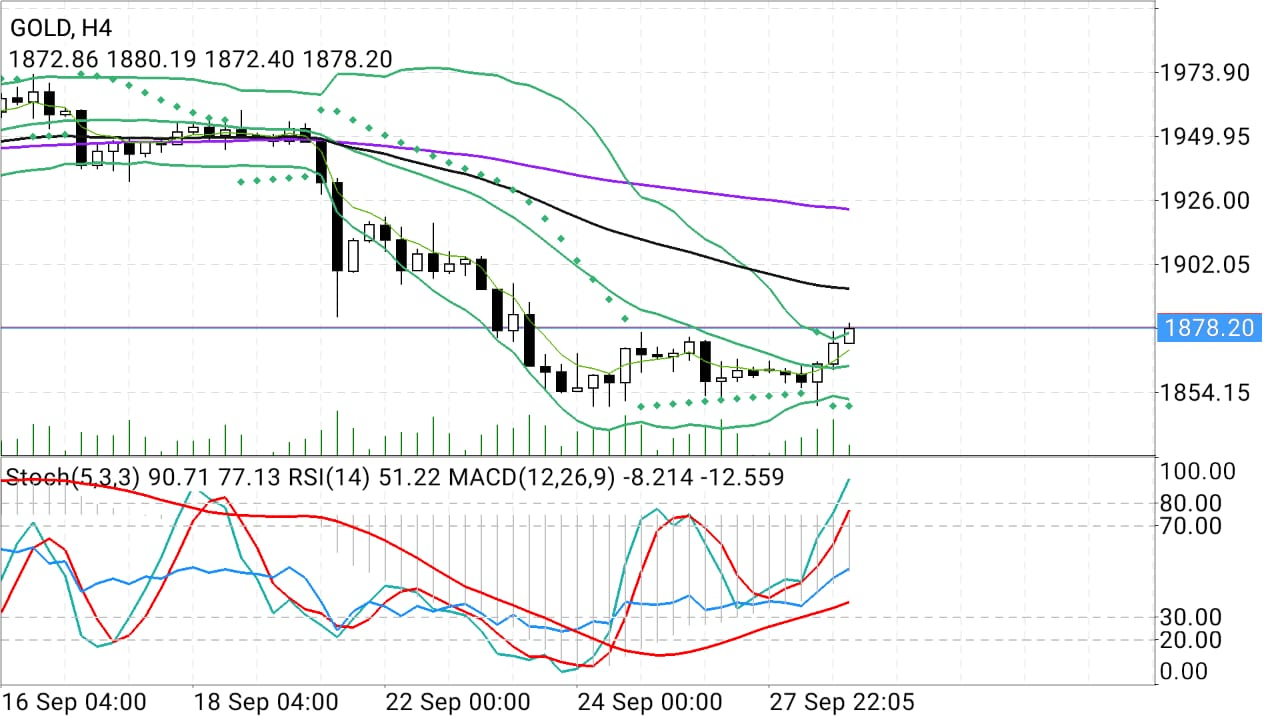 But the presidential debate and U.S. jobs data is raising the hopes of gold bulls of a return to $1,900 levels that could pave the way for an even grander outcome for bullion.

In Tuesday’s Asian trade, spot gold got to as high as $1,887 while December futures, the benchmark contract on COMEX, tipped $1,892 before turning negative again by 1:34 PM in Singapore (5:35 GMT).

The dollar index, which measures the greenback against a basket of six currencies, also turned negative on Tuesday.

Over the past few weeks, DX, as the abbreviated form of the index is known, went from strength to strength, bouncing from a near two-year low of 92.51 in July to a two-month high of nearly 94.80 on Friday.

But the dollar’s ascent wasn’t entirely smooth. DX crashed to a newer two-year low of 91.73 on Sept.1, testimony of that record short position that Hyerczyk referred to.

Yet, that didn’t break the dollar’s rally. In contrast, the greenback became a default haven for America’s economic ills, despite gaping the U.S. fiscal balance back by trillions of dollars due to coronavirus related stimulus spending that came amid the worst recession ever. 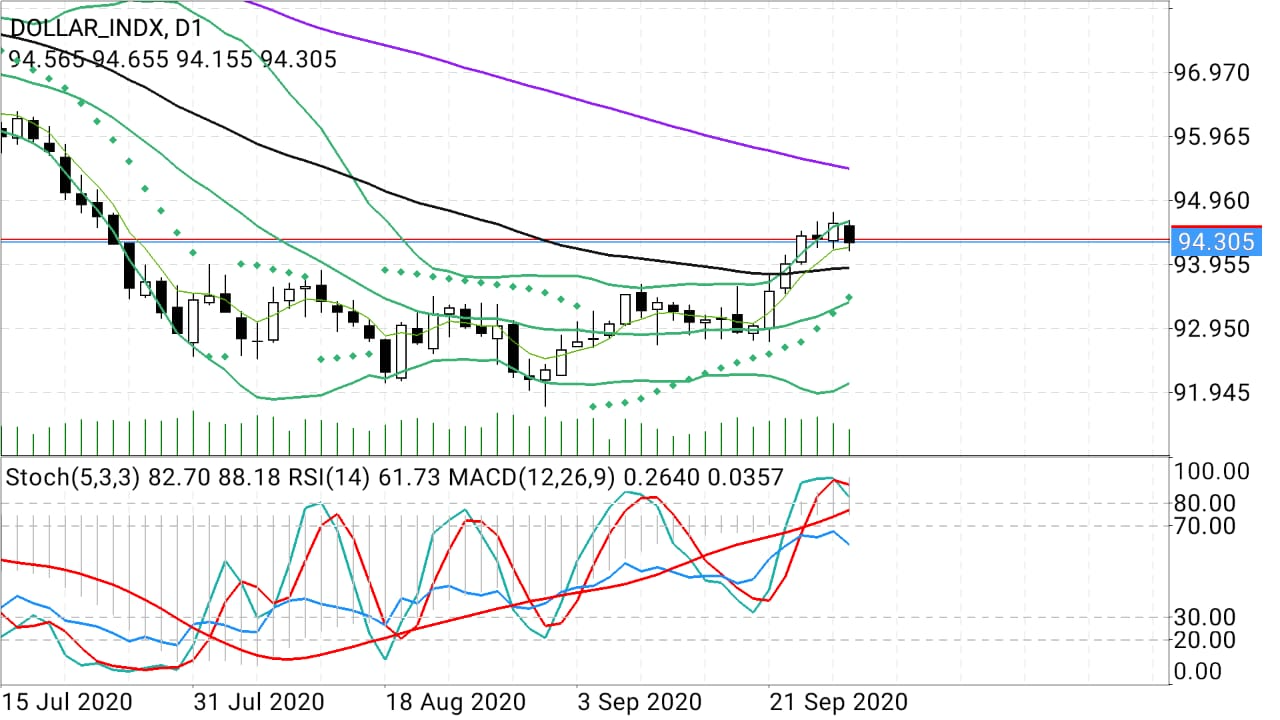 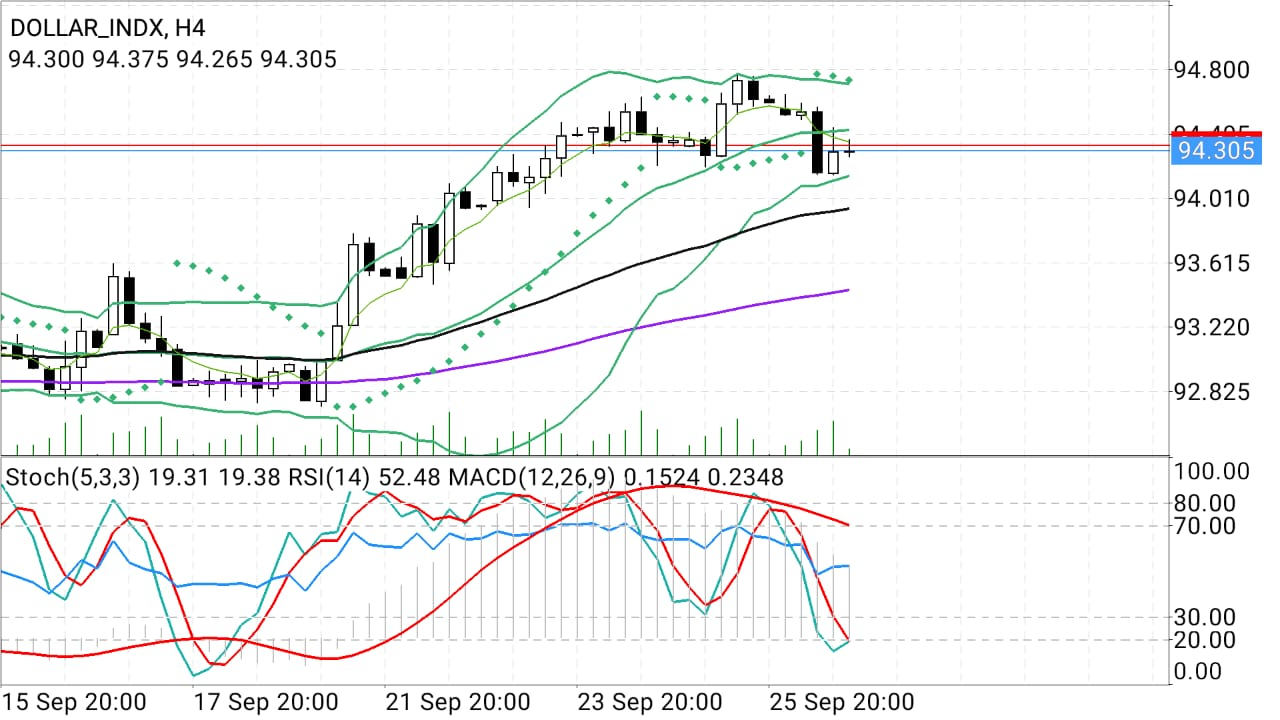 “While the outcome of the debate and its influence on the polls will not be known until late Tuesday/early Wednesday, on Monday, the focus is likely to remain on whether U.S. policymakers can agree on a new fiscal stimulus package.”

Pundits say that if Biden puts in a good performance against the president in Tuesday’s debate, it could strengthen poll numbers for the challenger in the November election. That could give gold a pop as a vote for Biden will be a vote against the dollar, which has become the default hedge for all that the Trump administration represents.

"If the debate puts Trump on the back foot and Biden keeps his lead, I think it could lead people to let go of their dollars."

Karakama added that market participants were also keeping a close watch on progress over stimulus talks:

“The dollar market has been broadly bottoming out from low prices since mid-September. The question is what would be the trend in October,”

Chartwise, the Dollar Index needs to break below 94 in order to give gold a new wave higher. Sunil Kumar Dixit, an independent technical analyst on gold pointed out:

“If DX breaks next support at 93.90, we can expect some more upside in the yellow metal.......Otherwise, whatever price recovery we see will be fleeting.”

Disclaimer: Barani Krishnan does not own or hold a position in the commodities or securities he writes about.

if i am not mistaken fed does monthly 120 billion expansion and overall monthly gold prod is 1,2 billion. numbers dont add up with gold vs dollar value..many reasons for this for sure since fx market is super large and gold is not a very American investment tool, spoofing of bullion banks, decreased demand from india and china and decrease in big central bank purchases..however despite all this I see gold bullish in mid and long term since incoming and further stimulus are inescapable..dollar wont be able to keep its today's totally mythical value..  ... (Read More)