EUR/USD
The currency pair is developing a downtrend, correcting the preceding medium-term uptrend. Yesterday the market demonstrated an inner pullback after a convergence on the MACD, setting the borders of a new descending channel; however, today the quotations are returning to the support level at 1.1798 that they have already tested. In the short term, the quotations have a chance to rise again to the resistance line and 1.1900 but after that, they will decline to break away 1.1798 and proceed deeper down to 1.1700. 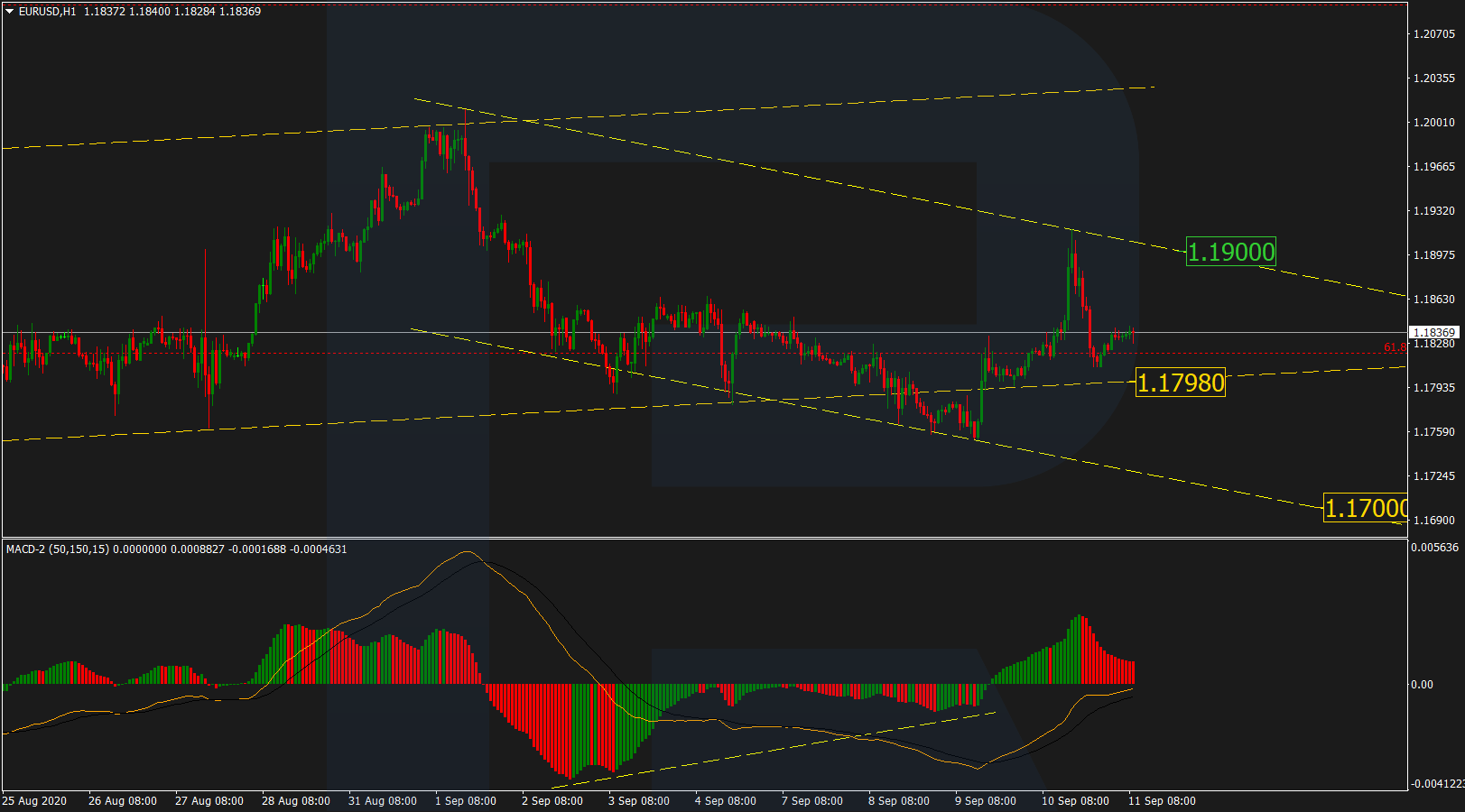 GBP/USD
The currency pair is developing a stable downtrend, correcting the preceding medium-term wave of growth. By now, the quotations have stepped over 50.0% Fibo, heading for 61.8% (1.2712). Meanwhile, the MACD lines are converging, which means a potential pullback. The first aim will be 1.2937 and the second aim - 1.3010. 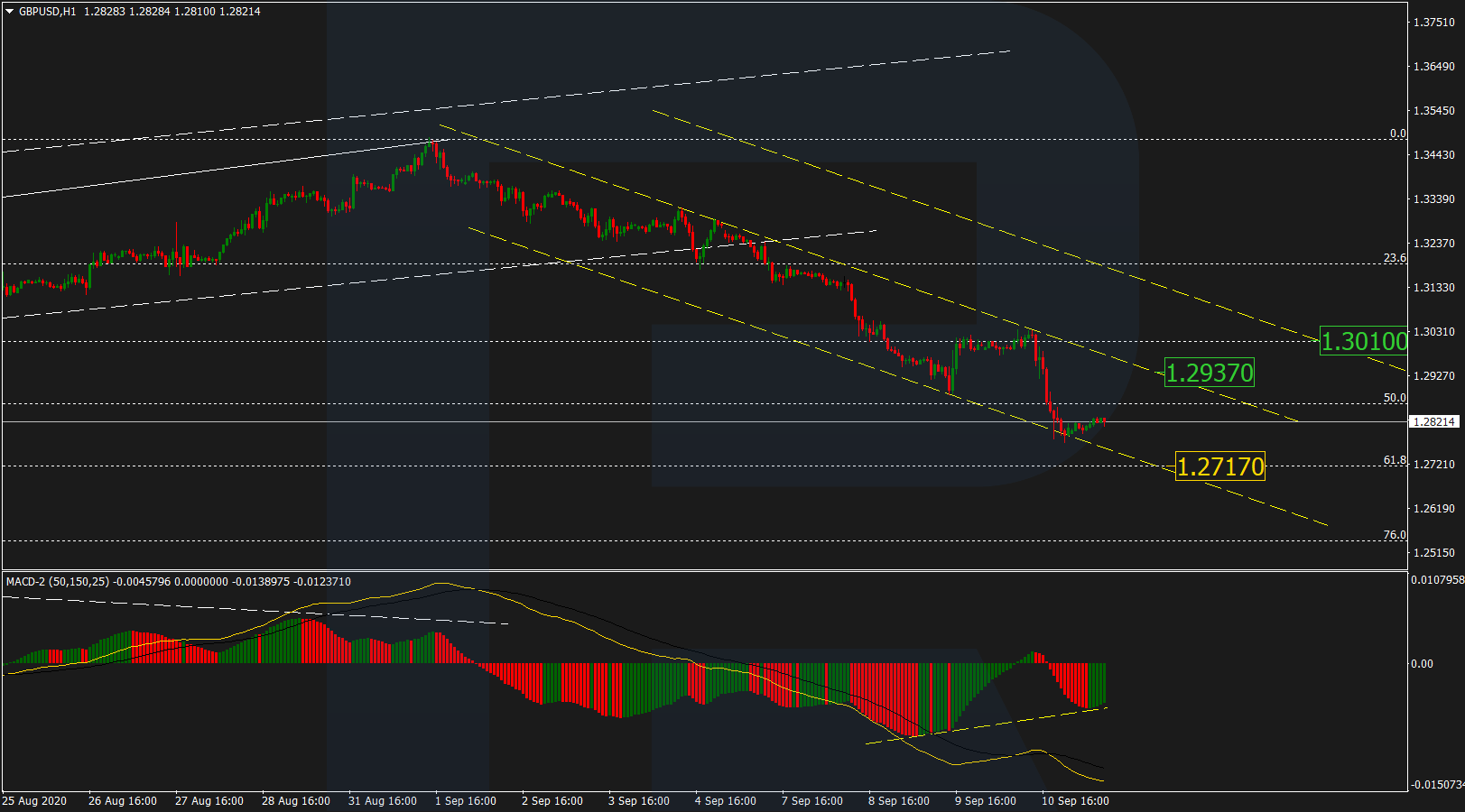 USD/RUB
The currency pair keeps developing a wave of decline after a divergence. The main goal of the decline is the support line of the medium-term channel and 74.00. In the short term, the market is preparing a breakaway of the local resistance line and growth to 75.45. After the pullback, the quotations may develop another impulse of decline to the main aim. 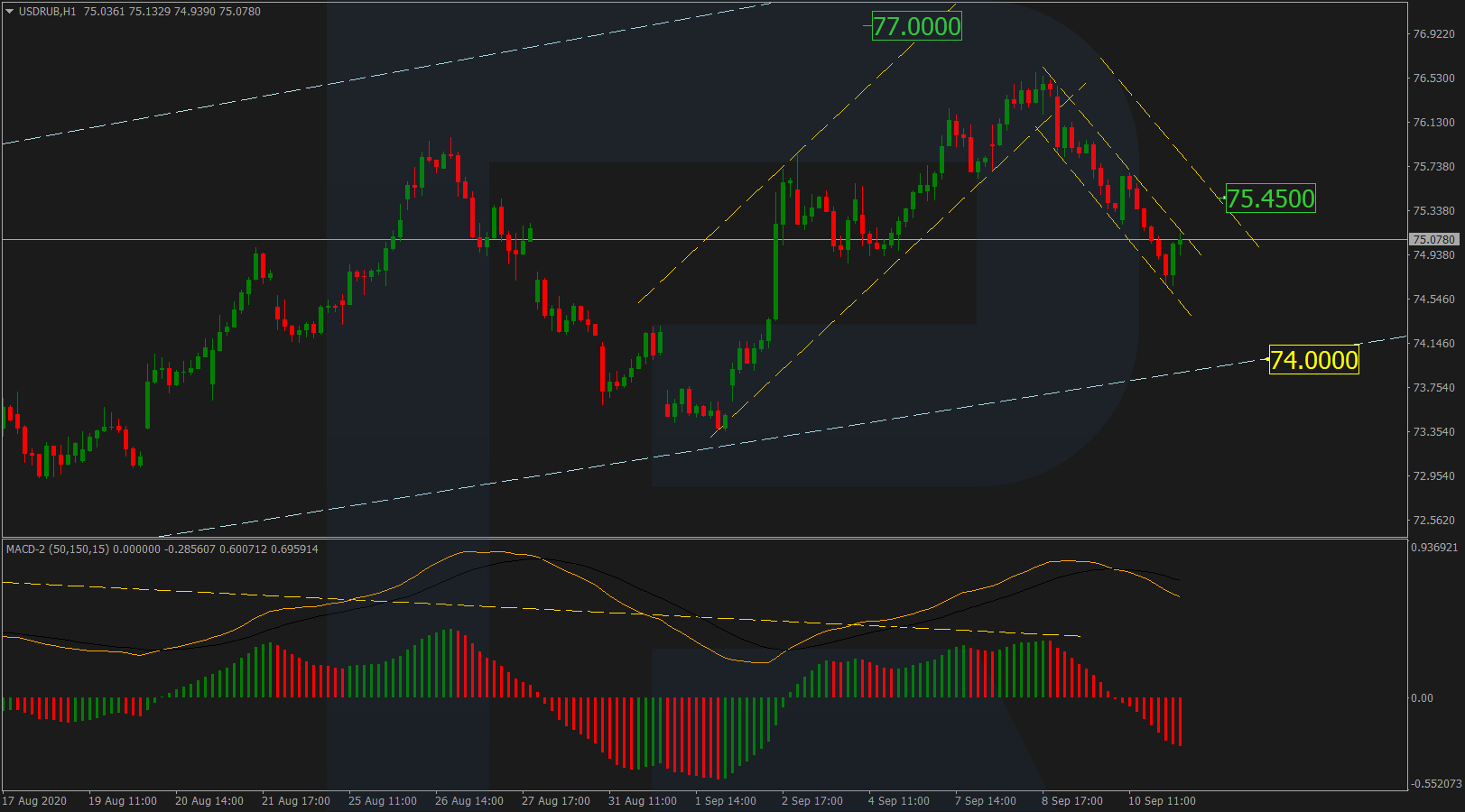 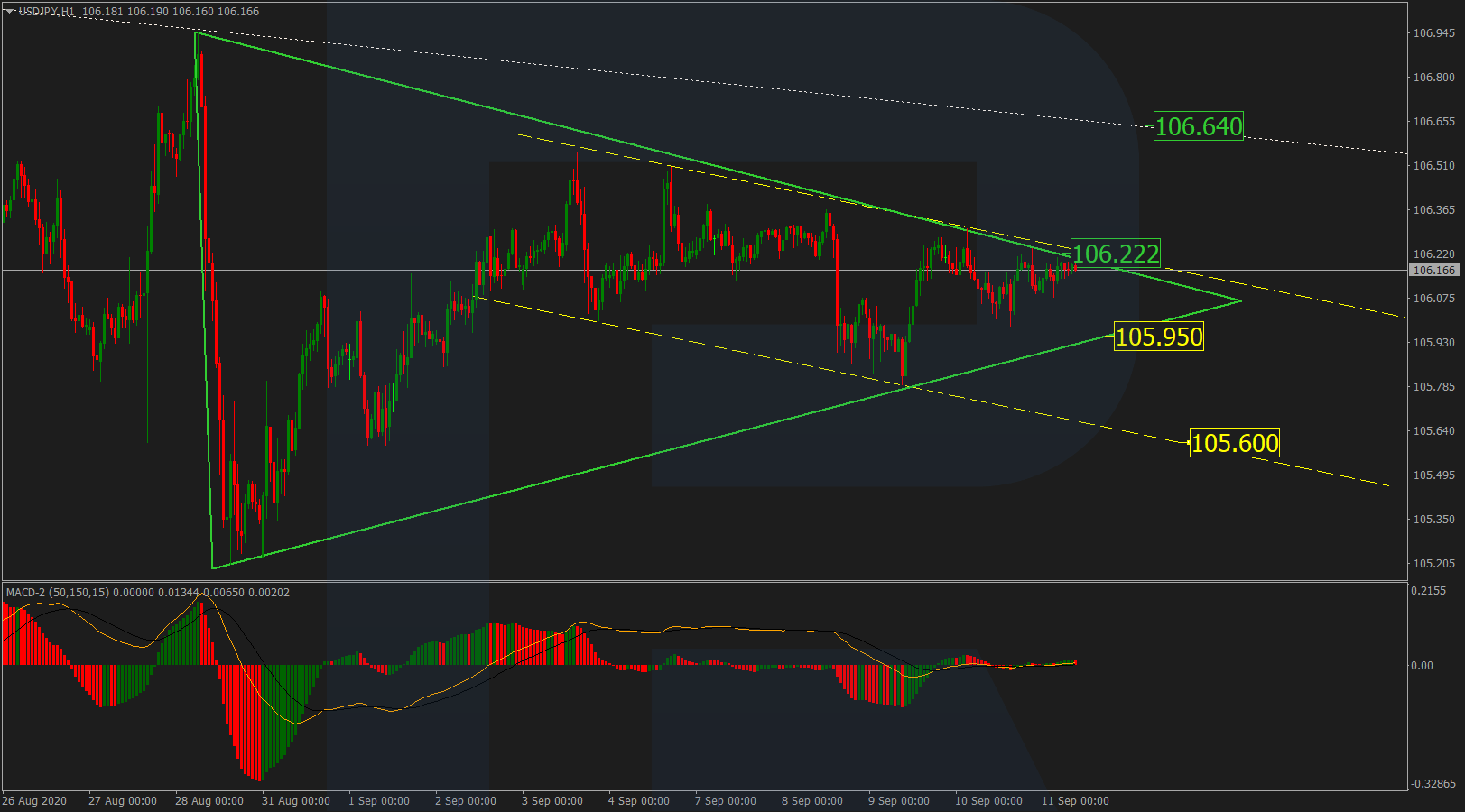 BRENT
Oil is developing a downtrend after a divergence and a breakaway of the support level. The quotations are nearing 23.6% (39.28). The short-term technical picture demonstrates a correctional channel forming after a wave of decline. A bounce off the support level of the correctional channel will let the quotations rise to 41.76 and later - to 43.61. After the pullback is over, wwe should expect another impulse of decline to 37.00. 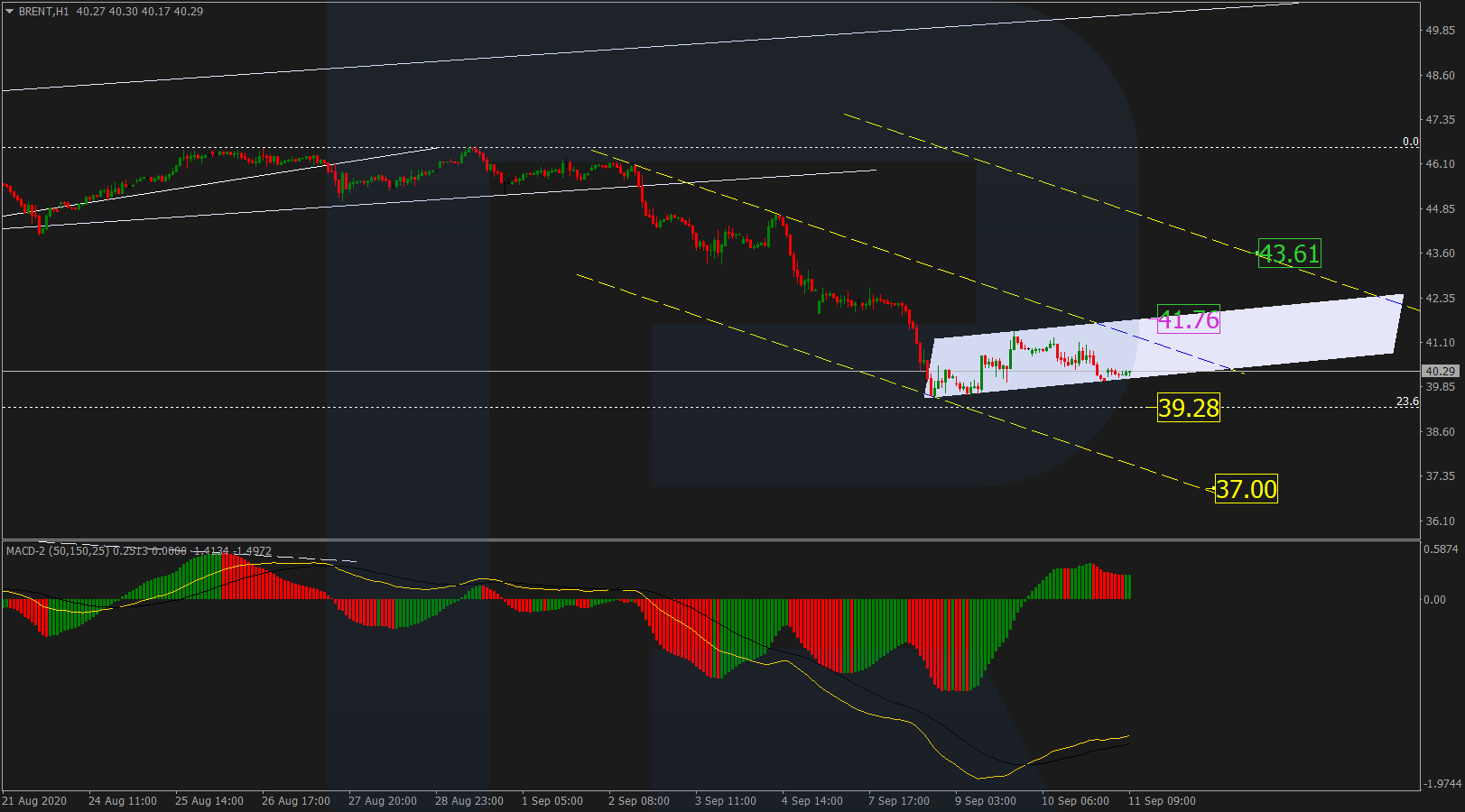 XAU/USD
Gold rests in a medium-term downtrend. Yesterday, the market completed a wave of ascending pullback, breaking away the local support line. The aim of the nearest decline is 1927.60. A breakaway of this level will let the quotations test the support level of the medium-term channel and 1895.45. To confirm this, the MACD is preparing a Black Cross. 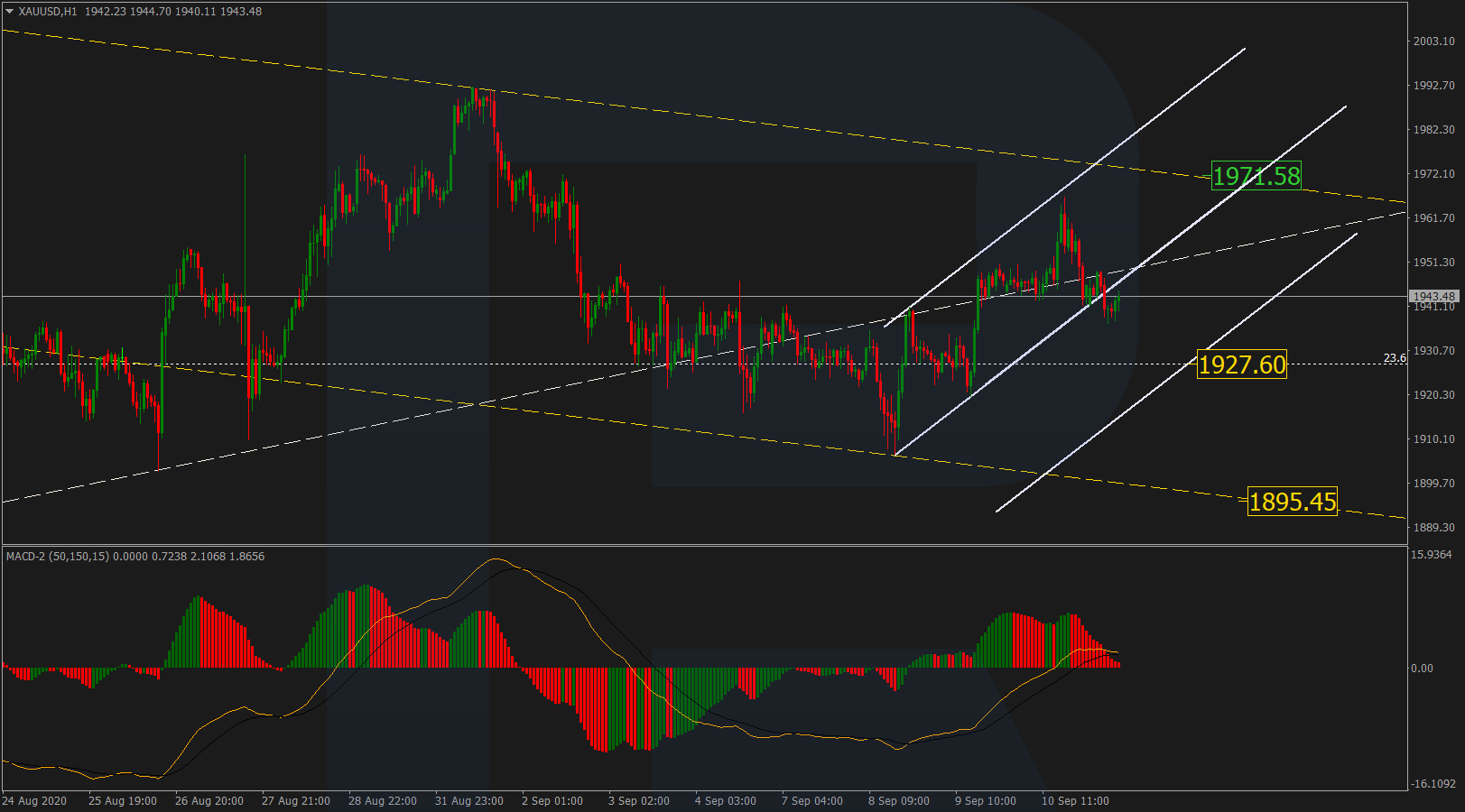 BTC/USD
The quotations remain in a correctional flat between the resistance and support levels of 10495 and 9834, respectively. In the short term, we should expect a decline to the lower border. A breakaway of the support will let the quotations decline to the main and long-term support line at 9348. 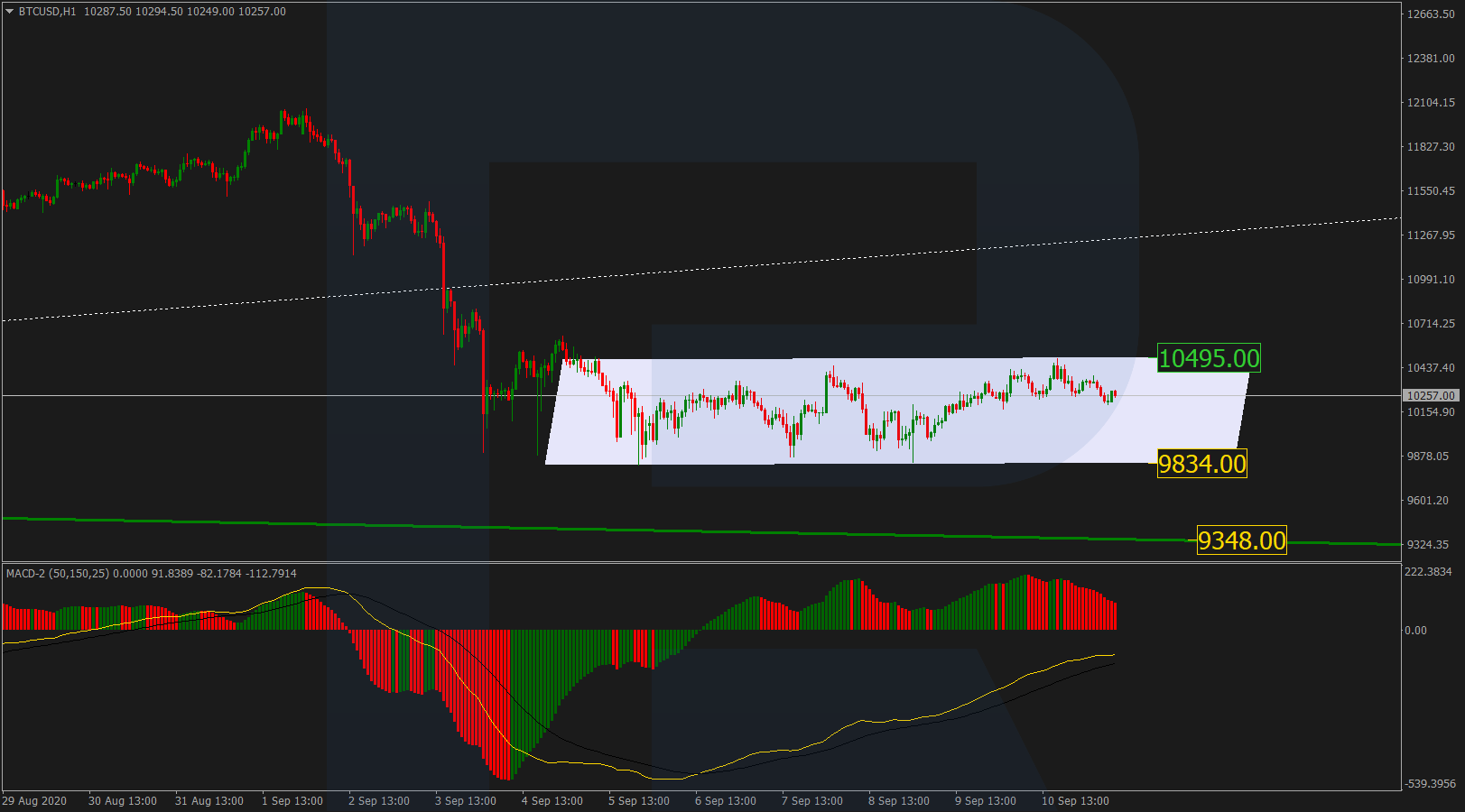 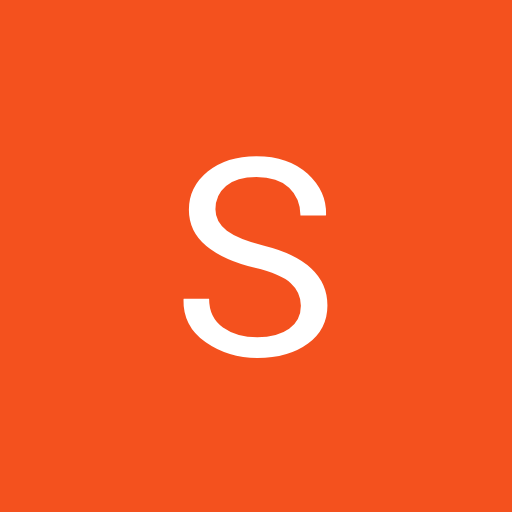