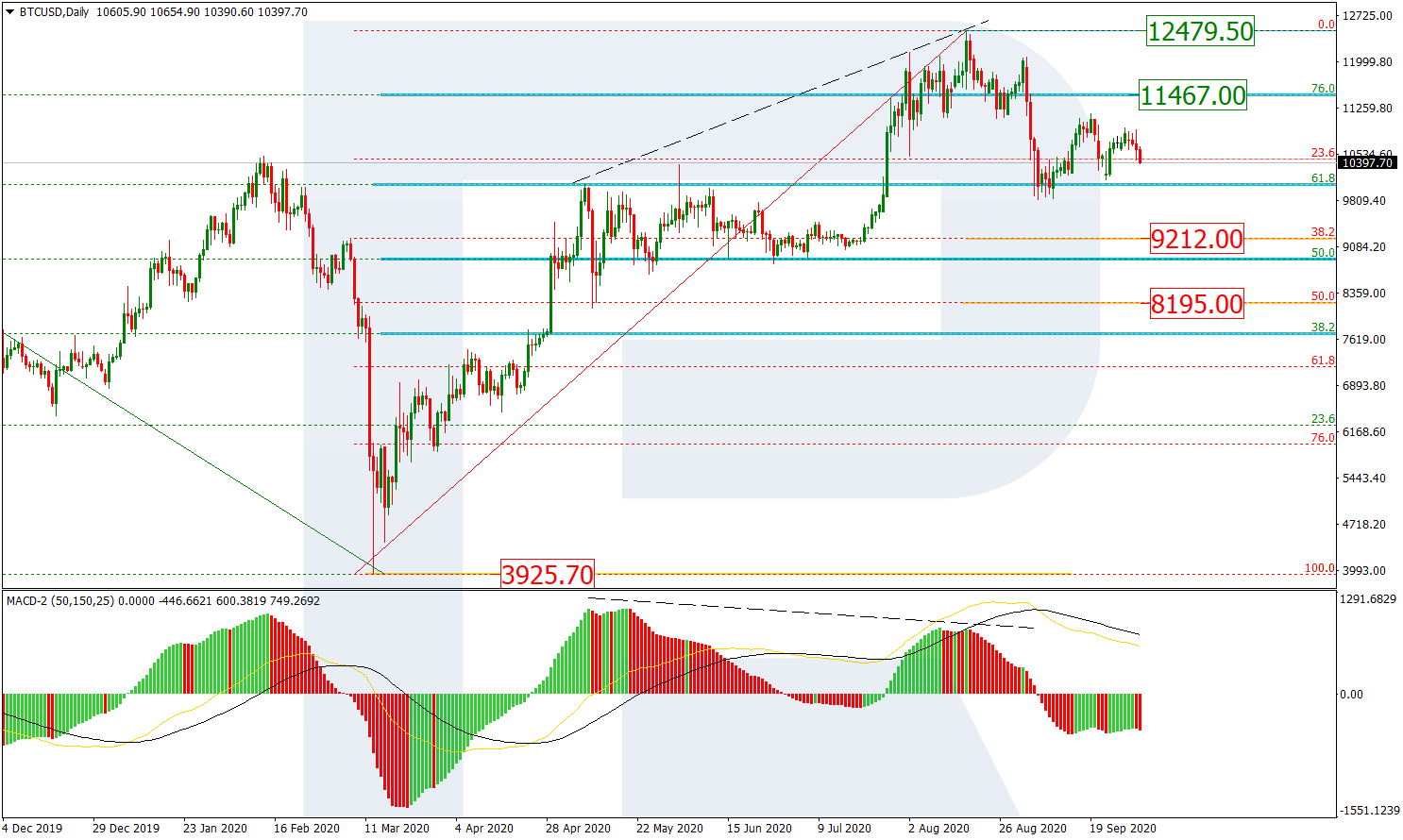 The H4 chart shows the correction to the upside. After almost reaching 61.8% fibo at 11210.00 and then falling towards the low at 9824.00, the pair failed to test the later level but the next ascending structure also failed to update the high. As a result, the next descending impulse is expected to break the low and continue moving to the downside. 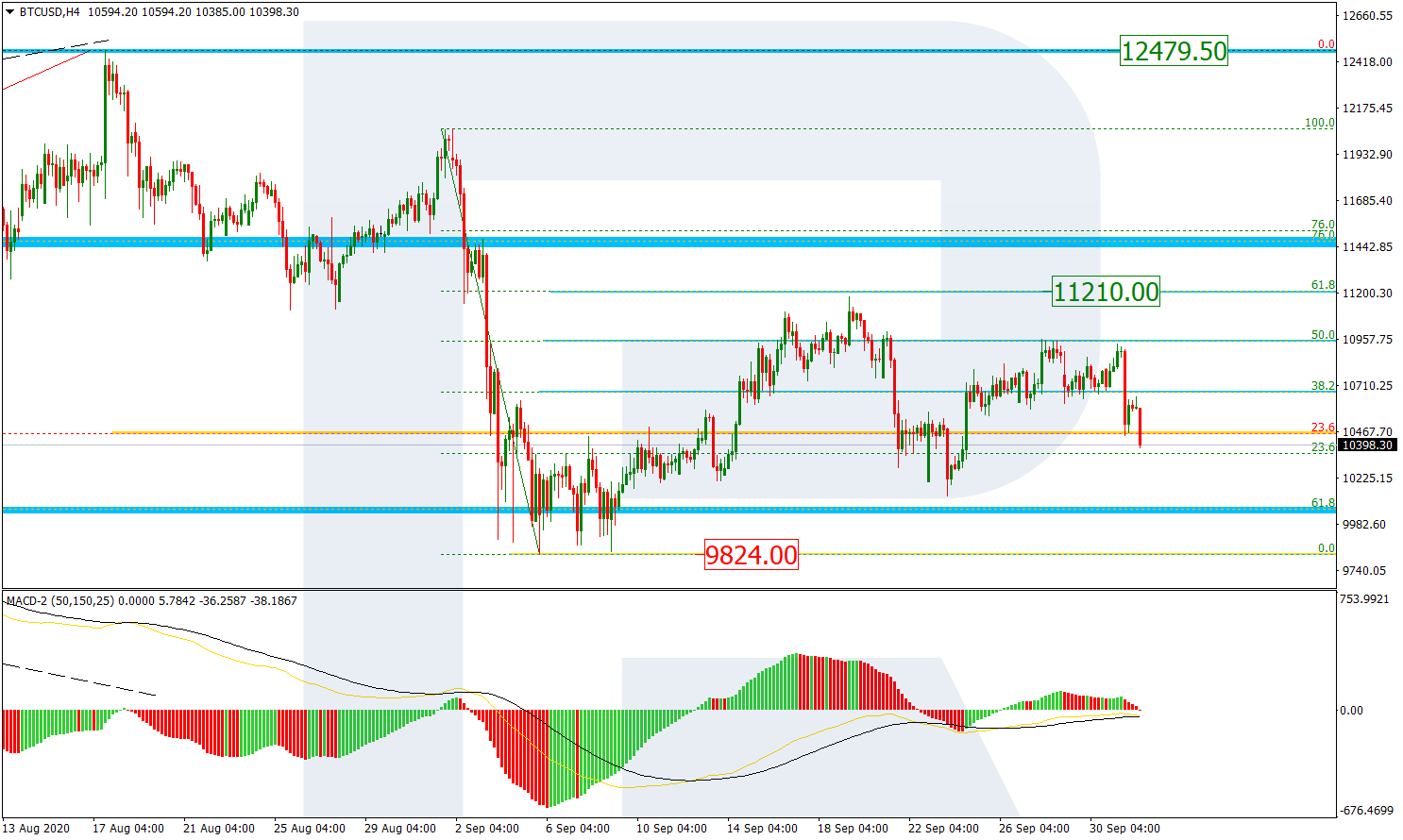 ETH/USD
As we can see in the H4 chart, Ethereum is moving rather similar to Bitcoin. The divergence made the pair complete the uptrend and start a new decline, which has reached 38.2% fibo. After testing this rea and breaking the low, the asset is expected to continue falling. The next downside targets may be 50.0% and 61.8% fibo at 289.20 and 242.05 respectively. The resistance is the high at 488.68. 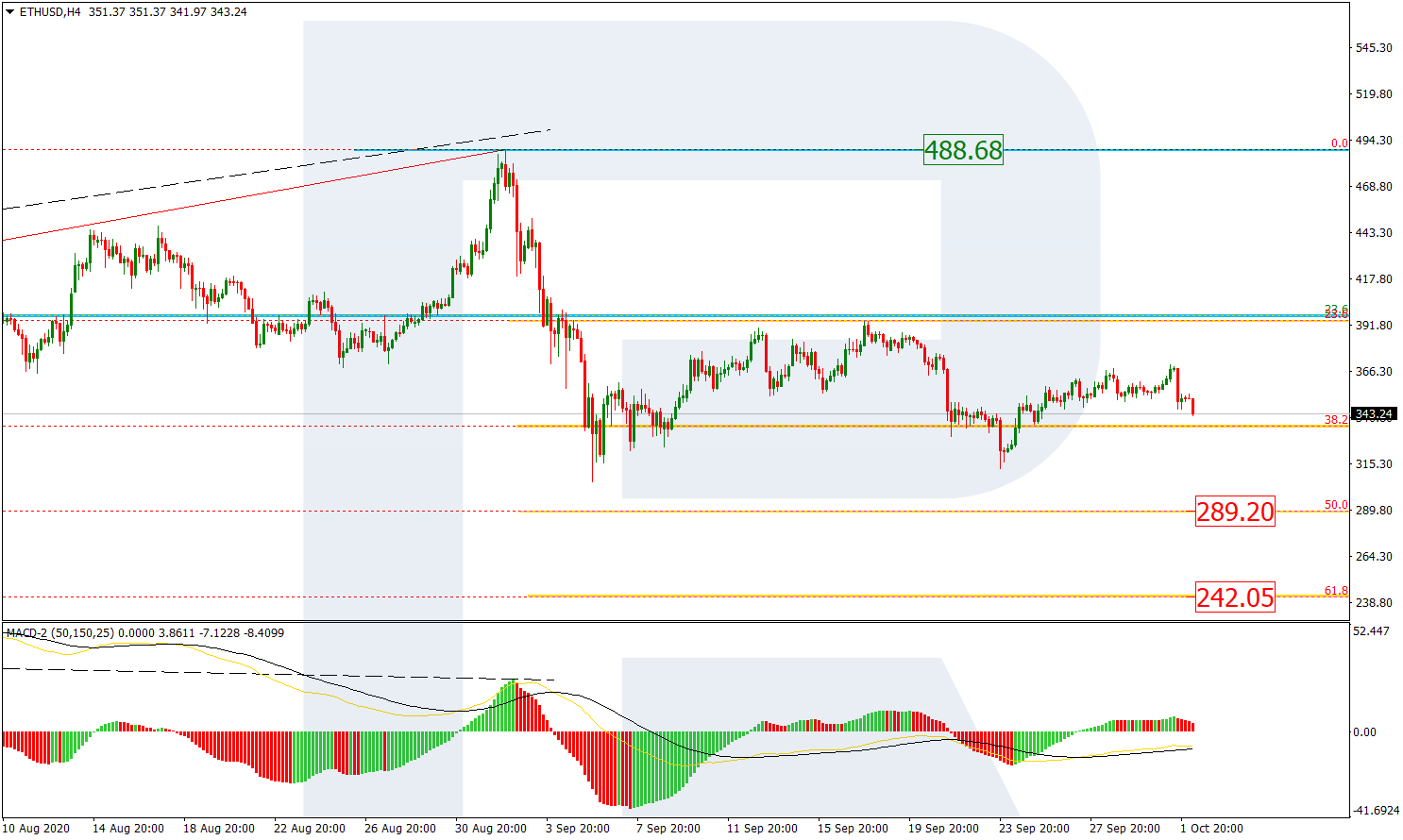 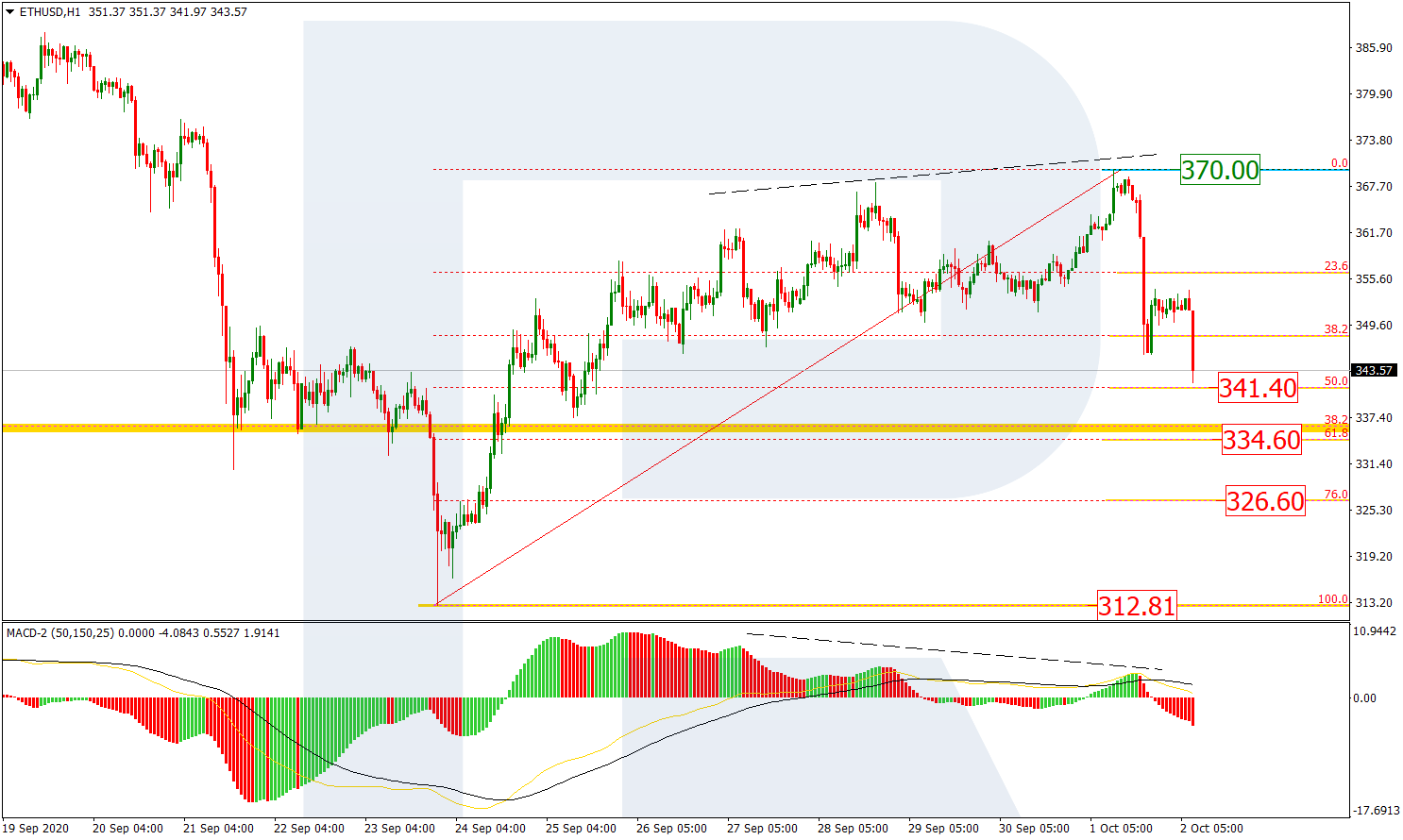