Fact Check: Socially Responsible Investing Is Noble, But Is It Profitable?

Fact Check: Socially Responsible Investing Is Noble, But Is It Profitable?

Of the $46.6 trillion dollars professionally managed in the U.S. right now, the Forum for Sustainable and Responsible Investment estimates that about $12 trillion of that—or 26%—incorporates Environmental, Social and Governance (ESG) criteria when choosing investment vehicles. Though new ETFs tracking sustainable and responsible investments (SRI) have flourished this past year, with some seeing cash inflows double and triple, can SRI match the returns offered by non-restricted, conventional investing?

Socially responsible investing, for those unfamiliar with the concept, takes into account not only the potential financial returns of an investment but its social impact as well. Some funds, such as the Ariel Appreciation Fund Investor Class (CAAPX), focus on negative screening. Others, like the Calvert International Opportunities Fund Class A (CIOAX), aim to invest in companies with a perceived positive effect on society. Most funds, however, do both negative and positive screening.

Negative screening usually means fund managers avoid companies whose shares are sometimes referred to as 'sin stocks,' purveyors of alcohol, tobacco, gambling and weapons, for example. Also shunned are companies that may have been involved with some form of government corruption. Conversely, positive investing seeks out companies with good track records on human rights, environmental protection and/or equal opportunity employers.

The fund with the highest global profile that incorporates ESG criteria is Scandinavia's Norwegian Wealth Fund, which is government owned pension fund that has an estimated value of over $1 trillion. It's actually two separate funds, one referred to as 'the oil fund,' which invests surplus revenue from the country's petroleum sector, and a second, smaller sovereign wealth fund, the Government Pension Fund Norway which invests in shares traded on the Oslo Exchange.

The fund, which is not available in the U.S., focuses on human rights, climate change and transparency, and has blacklisted companies such as Boeing (NYSE:BA), British American Tobacco (LON:BATS), and an additional 150 other companies labled unethical by the Norwegian Ethics Council. Over the past five years, the Norwegian Wealth Fund's equity investments have underperformed the global market, as represented by the FTSE Global All Cap Index. Though the index provided a return of 39.6% over the years 2014-2018, the Norwegian Fund only returned 31.6%.

Its top three holdings are Microsoft (NASDAQ:MSFT), Disney (NYSE:DIS) and Linde (NYSE:LIN), an Irish chemicals company known for its adherence to SRI principles. Over the past ten years, this fund has returned 407%, compared to 426% for its benchmark index, the Russell 1000. 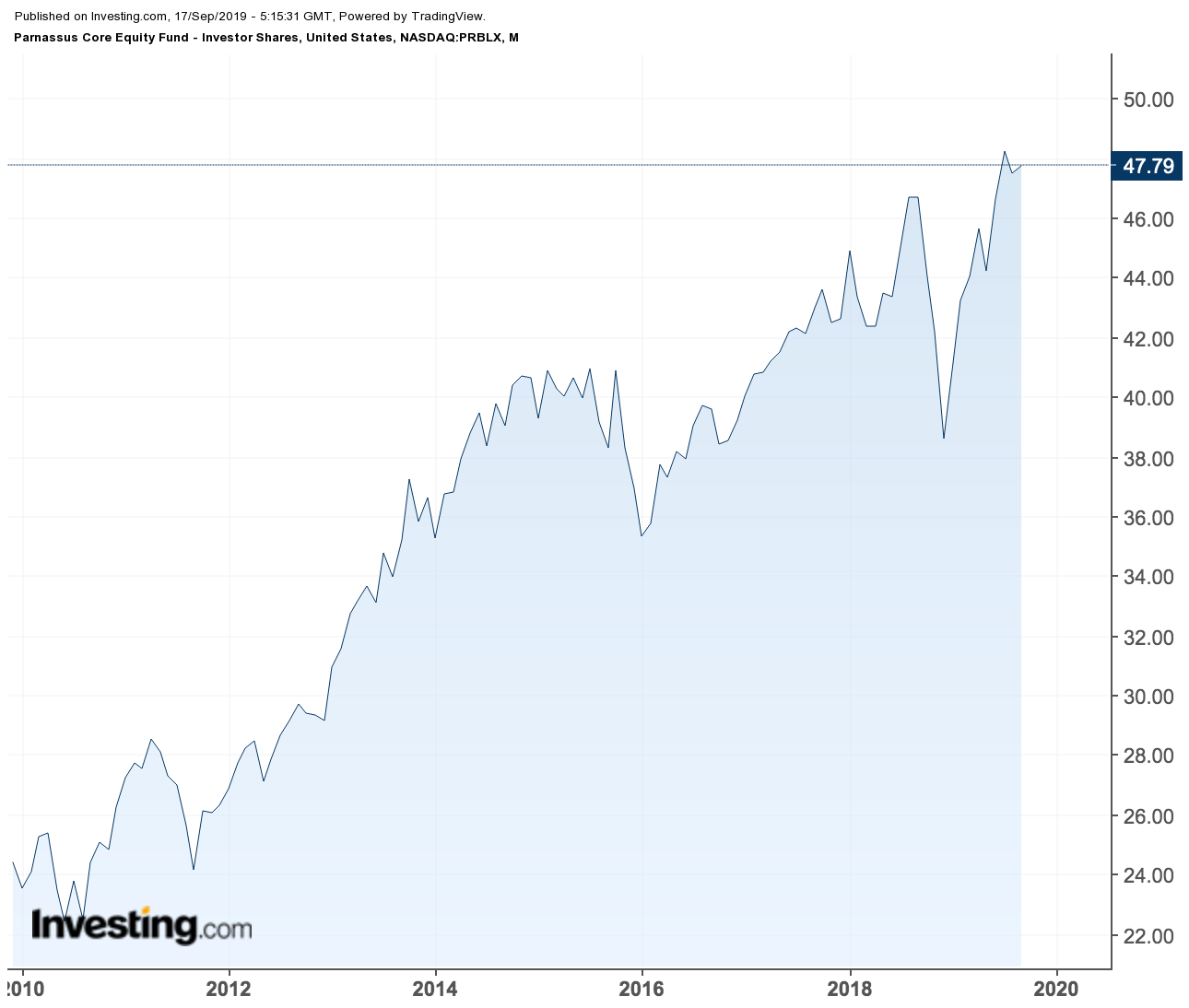 The 19% discrepency, above, over the course of a decade can’t be characterized as strong underperformance of course. Nor can the difference between Parnassus' returns and the FTSE index, though some would make the case that, losing out on addtitional gains of 19% or even 9% every few years, could eventually amount to some serious money.

Similarly, Calvert's U.S. Large Cap Core Responsible Index Fund (CISIX) has performed well. It also closely tracks the Russell 1000. Top three holdings for CISIX are Microsoft (NASDAQ:MSFT), Apple (NASDAQ:AAPL) and Amazon (NASDAQ:AMZN). Given the variety of complaints about working conditions at Amazon that have surfaced over the past few years, remember that a fund's selection criteria may vary from those of an individual investor.

Over ten years, it has outperformed the market by 0.2%. New socially responsible ETFs by established issuers are also in the spotlight, among them the iShares ESG MSCI USA Leaders ETF (NASDAQ:SUSL) which, in the two months since its inception has attracted $1.5 billion in assets, making it one of the most successful ETF launches in history. Overall, the ESG ETF industry is quickly expanding, and today, all big investment firms are offering dedicated ESG instruments to their customers.

Academic studies corroberate the fact that there doesn’t seem to be a statistically significant difference between returns from conventional investing and returns from SRI, all other things being equal. In 2006, Meir Statman, a researcher at Santa Clara University compared the performance of four SRI indices—the Domini 400 Social Index, Calvert Social Index, Citizen Index, and the Dow Jones Sustainability Index—with returns from the S&P 500 from 1990 to 2004. He found that the SRI indices outperformed the S&P, though the results weren’t statistically significant enough to be definitive. Plus, as with every investing opportunity, past performance is not an indication of future performance.

So, while SRI returns haven't been statistically different from the results of conventional investing, for some, SRI provides a non-financial dimension that conventional investing lacks—the feeling of satisfaction that comes from owning a stake in businesses you believe represent your values. If that resonates, though there's no appreciable financial gain from socially responsible investing, neither are shareholders negatively affected by taking a moral stand.