The U.K. market appears somewhat overlooked and unloved when looking at recent surveys of global fund manager allocations. Thanks to ongoing Brexit angst and political confusion, it sits among the most underweight markets compared with benchmark norms. Despite this however, and no doubt surprising to some, the U.K. market has been chock-a-block full of merger and acquisition activity.

So how can an out-of-favour market be so seemingly loved by corporate buyers? The missing link can of course be attributed to the low value of the pound since the Brexit referendum, which you can think of as akin to one of those yellow reduced price stickers you often see in supermarkets. However - as with all sensible corporate transactions - it is about much more than just price and the pound’s inverted relationship with the FTSE, considering the U.K. economy is lauded for its flexibility and open capital markets.

But can it continue? At first glance the 165 pence per share takeover approach for defence company Cobham (LON:COB) by U.S. peer Advent International seems relatively straightforward. Large, lumpy contracts with governments lend themselves to consolidation, but the controversy in this deal has been the rearguard action by the Cobham family (with less than 2% of the shares) to block the deal on grounds of national security. 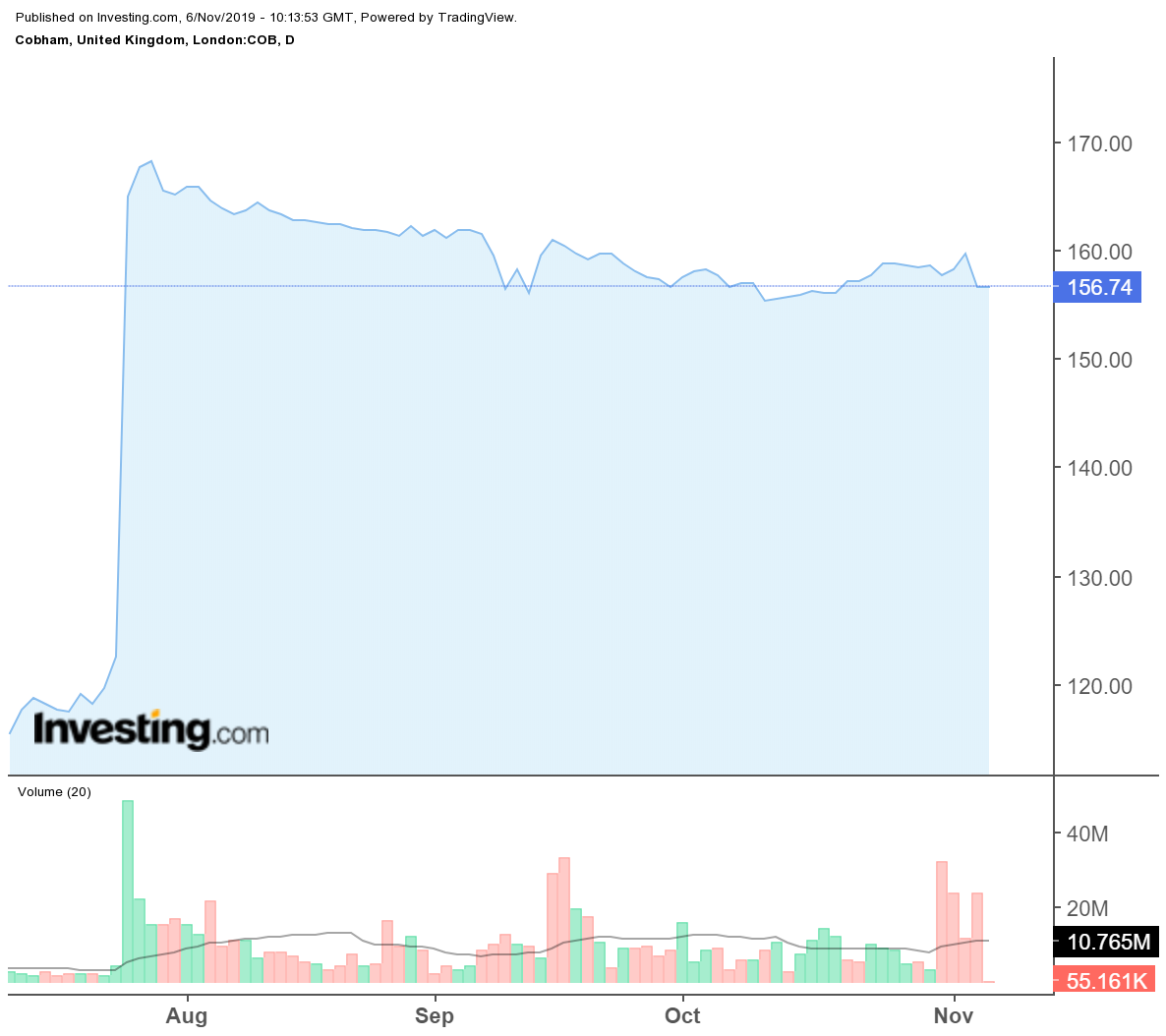 Privately held Advent has offered to put Britons in charge of all sensitive U.K. Government contracts in an attempt to get the deal with the FTSE 250-listed company over the line, but it shows the potential influence that muddled diplomatic lines can have. It is certainly a strange world when an American entity is viewed with merger concern, showing again the threat any creeping protectionism would have on an open economy such as the U.K.'s - irrespective of the value of the pound.

On current newsflow, Cobham deal completion should be one step away from a done deal. And from a broader U.K. perspective keeping capital markets open makes huge sense. Playing the national flag card on takeover deals is capital markets madness. The reason the U.K. punches above its weight in the world's financial markets is because of an open structure towards almost all global trade buyers, an international policy which has served the country well both diplomatically and in the capital markets over a number of centuries.

Cross-border concerns have not hindered the two recent corporate approaches for food delivery heavyweight Just Eat (LON:JE). A combination of investor scepticism and a rival bid from technology investor Prosus (AS:PRX) (at 710 pence a share) has induced original bidder Takeaway.com (AS:TKWY) to restructure its 731 pence (albeit all share) bid in the form of an offer (rather than a scheme of arrangement), as the Dutch food delivery firm and board of Just Eat try to get the deal over the line.

The key difference between these approaches is that the approval threshold from Just Eat shareholders has dipped from 75 per cent to 50 per cent, which should make doing the deal even easier. The curve ball however is that Just Eat shares are currently trading above the 731 pence value of Takeaway.com's original offer. That suggests optimism about further twists and turns in this takeover attempt.

Investors should of course also be thinking about the role and influence of the upcoming general election in the U.K., which could be either good or bad for perceived political stability given the scope for tactical voting, let alone further Brexit shenanigans. In such conditions the investment themes that continue to appeal tend to be those offering innovative organic growth. Just Eat probably ticks that box, but what about the humble three star hotel room? For the latter step forward Whitbread (LON:WTB) who - following the successful sale of its Costa business to beverages behemoth Coca-Cola (NYSE:KO) for £3.9 billion ($4.9bn) - is now predominantly focused on its budget hotel chain Premier Inn.

Now it will come as little surprise that the major growth opportunity for Premier Inn hotels is not in the U.K., albeit that their market leading position continues to get stronger judging by industry surveys. For this step forward...Germany, where classic amateur bed and breakfast establishments still take a disproportionately high market share.

As U.K. market experience shows, it is no great stretch to expect this to progressively wane, making Whitbread shares not only a play on any British revitalisation but also something akin in Northern Europe too. And let’s face it Whitbread is more bite-sized now at less than a six billion pound market cap having already sold Costa. This makes it a potential excellent fit for multiple big global hotel chains, especially after the share price compression the company has suffered in recent months. Where coffee leads, budget hotels follow? 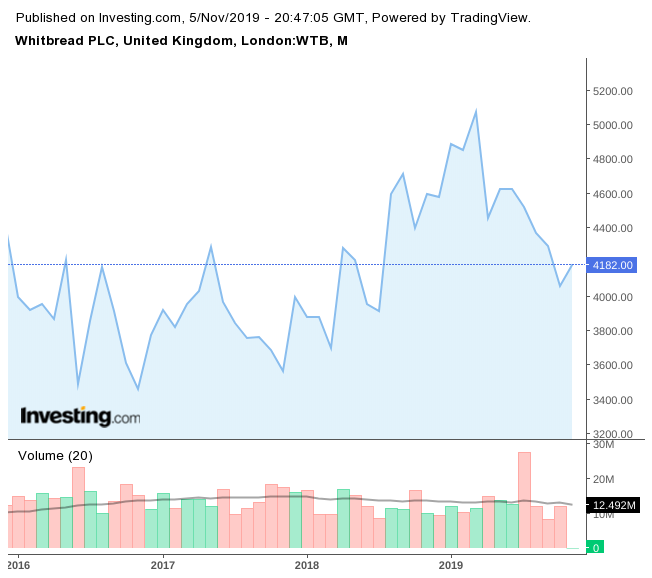 So whilst it is good to talk about the flood of deals that have been and gone and the diplomatic and technical insights around announced deals and approaches from foreign buyers involving Cobham and Just Eat, in a world of trying to spot the next piece of action, I would suggest taking a closer look at out-of-favour assets such as Whitbread. You could always check into one of their hotels to see what you think.