Europe Looks To Softer Start Ahead Of FOMC

Europe Looks To Softer Start Ahead Of FOMC

The lacklustre finish on Wall Street (expect tech) has followed through into Europe, which points to a softer start ahead of the Fed’s rate decision

GBPUSD has shrugged off the upbeat data and continues to trade under US$1.29

The Federal Reserve are not expected to adjust monetary policy today. With no changes in monetary policy expected attention will be firmly on the updates staff economic projections (SEPs) and any further clarification on the shift in policy framework to Average Inflation Targeting. (AIT).

There is a good chance that the dot plot could be lowered to reflect that shift to AIT and the idea of lower rates for longer. This could drag on demand for the US Dollar, which has been under pressure this week heading towards the FOMC announcement.

The prospect of lower rates for longer is a winner for non-yielding gold. A lowering of the dot plot could see the precious metal build on its almost 1% gains so far this week. $2000 is back as a clear target, a level last seen a month ago.

US retail sales to remain strong?

Prior to the Fed, US retail sales will also be under the spotlight providing clues over the health of the consumer and their willingness to spend. Expectations are for US retail sales to increase +1.1% MoM in August, which would represent only a very slight slowdown from the +1.2% increase witnessed in July and would support the idea that the economic recovery in the US is continuing, albeit at a slightly slower rate.

Oil is pushing higher in early trade after the American Petroleum Institute (AP) recorded a significant draw in inventories, which combined with production disruptions in the Gulf of Mexico due to Hurricane Sally have seen WTI and Brent price jump over 3.5% across Tuesday and in early trade on Wednesday.

API reported a staggering 9.5-million-barrel draw for week ending September 11 vs a 2.04 million build expected. Despite the huge draw, expectations for future oil demand remain weak as economies struggle to bounce back from the covid crisis and as the health crisis rages on. 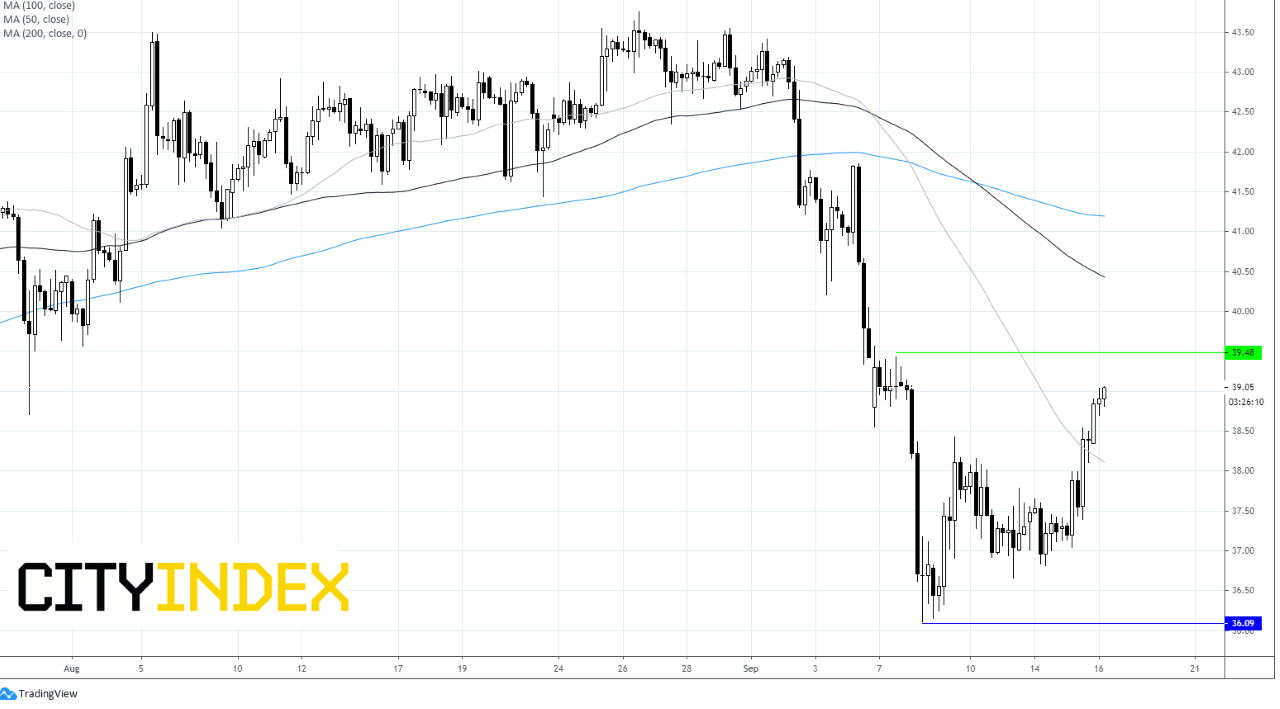