Okay, maybe it's not quite that bad. But it's certainly strange times for the Dow Jones, the nation’s oldest benchmark for securities pricing. The committee that manages the Dow Jones Industrial Average just changed the index yet again.

When the 500-stock S&P 500 changes things because a company goes bankrupt or is acquired or merges with another, the effect is relatively small. But when an index that has just 30 stocks—and is price-weighted rather than cap-weighted—does it, it looks a bit capricious. Are they just trying to catch up with the more representative benchmarks like the S&P 500 or the NASDAQ?

The committee that manages the Dow Jones Industrial Average decided to boot out three of the 30 stalwarts that are relatively low-priced (well, relative to their replacements anyway) as of Monday.

This certainly isn't the first time such changes have been implemented. And often it makes sense. An index should reflect current realities; it should change over time as the U.S. changes.

For instance, of the 100 biggest companies in the U.S. in 1917, only 15 survived as members of the top 100 today. The others went through some bad times and were absorbed by other companies, went bankrupt or still exist but as considerably smaller players.

The Top 100 list of 1917 included some familiar names like AT&T (NYSE:T), Exxon (NYSE:XOM), Chevron (NYSE:CVX), General Electric (NYSE:GE), Ford (NYSE:F), Kodak (NYSE:KODK) and Sears (OTC:SHLDQ). It also included companies like American Car and Foundry, Baldwin Locomotive, Willys Overland, Studebaker, Central Leather, American Woolen and Cuba Cane Sugar. Of course, they should be changed if a company goes bankrupt, is bought by another, or doesn’t meet the listing qualifications of the exchange.

However, the decision to change companies in a 30-company index should not be taken lightly. Is Raytheon (NYSE:RTN), Exxon or Pfizer (NYSE:PFE) in danger of going bankrupt? Maybe someday, but that day is likely a long way off if it happens. 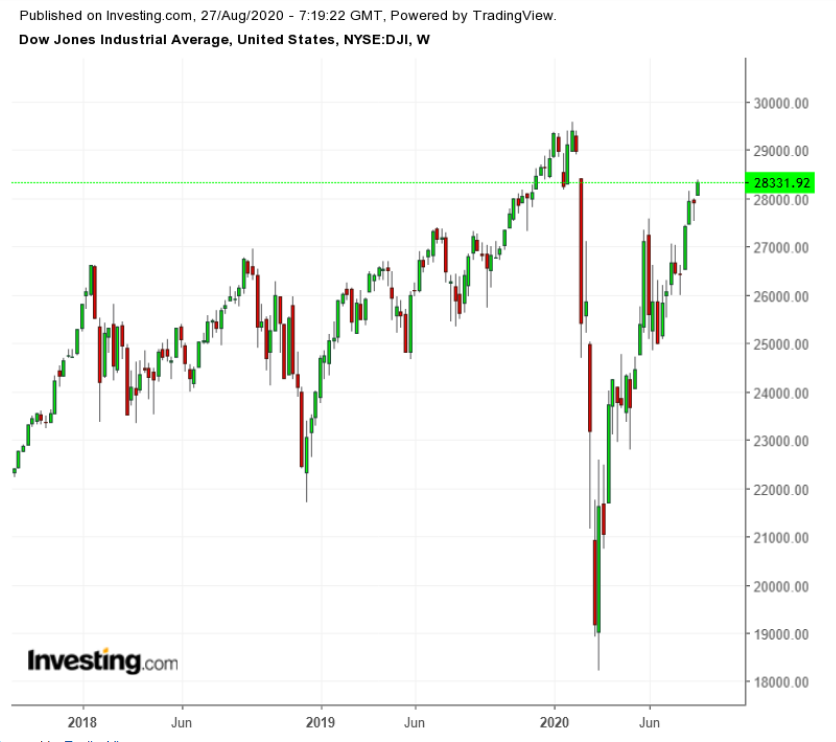 Why does it matter? Because the DJI (or “The Dow”) is still the most-cited market benchmark, so it carries a greater share of mind for the average investor who does not have time to follow the market hour-by-hour.

When someone asks, “How is the market” or a TV anchor reading his teleprompter says, “Today the market finished at xyz,” it is the Dow they are typically reporting. Which is strange, since it is the least scientific index of them all…

You see, the DJI is comprised of just 30 US companies of the thousands traded on the various exchanges. Further, it is “price-weighted” rather than market-capitalization (“market cap”) weighted, so it does not even reflect how many shares are outstanding at what price.

Finally, the selection of issues that compose it is, if not arbitrary, shrouded in secrecy. A committee meets every now and again to decide if the current 30 companies best represent what is happening in the investment landscape. If so, the DJI components stay the same. If not, off with their heads and the committee replaces them with a different company. In the past, these were considered decisions not entered into lightly and often because a company was acquired by another.

Yet in just the last 7 years, 9 companies have been replaced with 9 others.

In 2013, Alcoa (NYSE:AA), Bank of America (NYSE:BAC) and Hewlett-Packard (NYSE:HPQ) were replaced by Goldman Sachs (NYSE:GS), Nike (NYSE:NKE) and Visa (NYSE:V). Good timing. The latter three, all at higher prices when the switch was made, have done much better than the former three. (Remember, this is a “price-weighted” index.)

In 2015, AT&T was dropped from the DJI and replaced by Apple (NASDAQ:AAPL). That has been a real coup. Apple is up hugely during that time. This is a case, certainly, where the stock being booted was likely to continue to just plod along (or buy their way into becoming a media company with mixed results so far). Apple is the darling of the Dow and the S&P 500.

In 2018, General Electric was dropped and replaced by Walgreens Boots Alliance (NASDAQ:WBA). I am no fan of the basket case that GE has become over the years (starting with success guru Jack Welch's making 600 acquisitions, shifting GE into emerging markets and entering into untenable long-term care contracts). Yet what makes Walgreen’s more representative than an industrial that has its fingers in so many pies?

This past Monday, the committee that manages the Dow Jones Industrial Average booted out Exxon Mobil, Pfizer and Raytheon Technologies (NYSE:RTX). It replaced this 10% of the total number of firms in the benchmark with Salesforce.com (NYSE:CRM), Amgen (NASDAQ:AMGN) and Honeywell (NYSE:HON).

One of the reasons given for this change is the likely shrinking influence of Apple (to the index) after its soon-to-be stock split. This seems to mean to “the committee” that the Dow needs more technology representation in its benchmark, so they selected Salesforce.com.

What does the Dow Jones committee say about this [Emphasis mine]?

“The announced changes help offset that reduction [as a result of Apple’s split.] They also help diversify the index by removing overlap between companies of similar scope and adding new types of businesses that better reflect the American economy.”

If it seems to you to be much ado about nothing, you are in fine company. What we need to remember as we ask “How is the market?” is that the DJI of 7 years ago was a very different index than it became on Monday, with 9 of its 30 components changed in this short period of time.

In all my articles, I will continue to cite the S&P 500 as the most reasonable benchmark against which to measure an investor’s progress. And then only in periods of 3-5 years or longer.

Your personal benchmark should be “Am I closer to reaching my goals than I was x years ago,” not “Did I beat the Dow today?”

Disclosure: I do not know your personal financial situation. Therefore, I offer my opinions above for your due diligence and not as advice to buy or sell specific securities.