If you ever needed addiitonal proof that bond investors put top priority on yield, the recent strong interest in Chinese government bonds provides it.

It’s not that investors ignore political turmoil like trade tensions with the US, tit-for-tat sanctions between top officials over repression of the Uighur ethnic minority, or controversy over Beijing’s security crackdown in Hong Kong. These all go into the risk-reward calculation.

However, ultimately, it's the reward that investors focus on. And right now, China’s government bonds are more rewarding than US Treasuries or eurozone bonds.

China’s 10-year bonds are currently yielding a notch over 3%, compared to about 0.6% for similar maturity Treasuries and negative 0.5% for Germany’s 10-year Bunds. 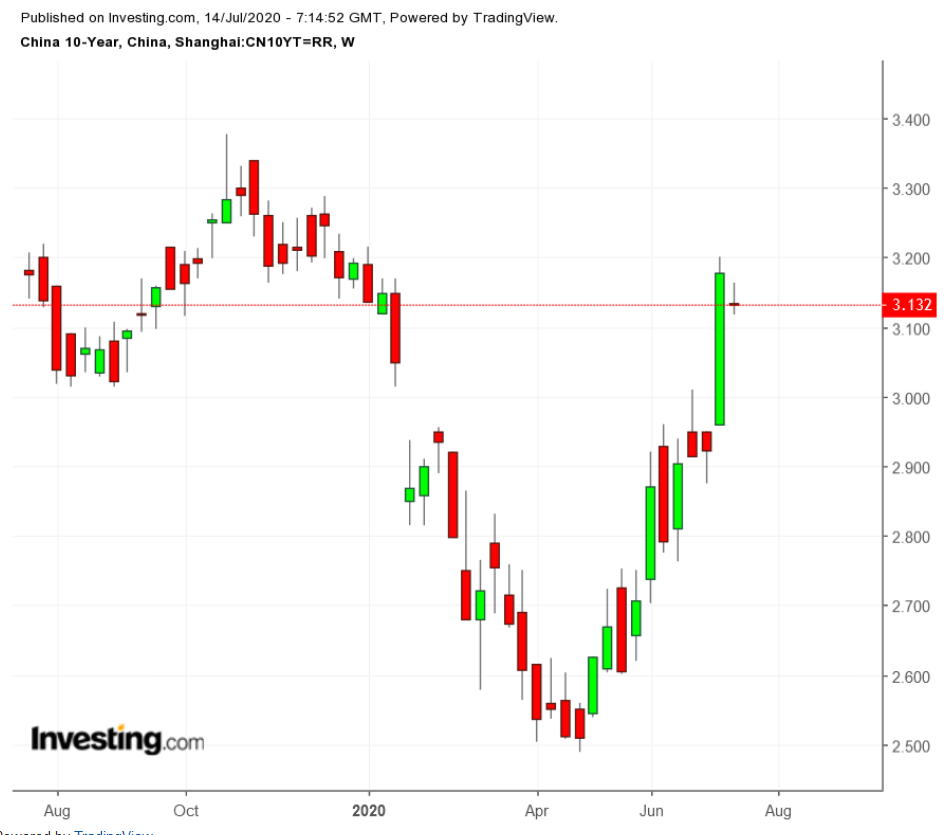 Foreign funds bought a net $19.4 billion in onshore yuan-denominated government bonds in May, more than double the amount in April. The total onshore bonds held by non-mainland investors reached a record high of $343 billion at the end of May, according to the South China Morning Post.

Investors clearly believe getting one of the best government bond yields in the world is worth the extra risk.

The current yield is up from a low of about 2.5% in April, as a selloff has boosted yields (bond prices move inversely to yields), amid a brief spurt of coronavirus optimism that prompted investors to leave safe-haven government bonds for riskier debt with higher returns.

That optimism has faded and the rising yield in China has brought investors back. Chinese government bonds, like those issued by other major countries, will continue to be volatile, as confidence in the global economic recovery ebbs and flows.

The People’s Bank of China in May removed the investment quota for qualified institutional investors, so they could bring in as much money as they wanted. It is part of a gradual liberalization, spurred by the addition of Chinese bonds to some international bond indexes last year— a move that requires passive index funds to buy the bonds.

Meanwhile, optimism about an economic rebound in China and a V-shaped recession—a sharp drop in growth followed by a sharp rise—are driving up Chinese stocks. Manufacturing and exports are showing signs of getting back to pre-pandemic levels even though consumption lags.

Economists are forecasting that the GDP report this week will show second-quarter growth at a 2 to 3% annual rate, after declining nearly 7% in the first quarter, with the economy picking up further momentum in the second half. 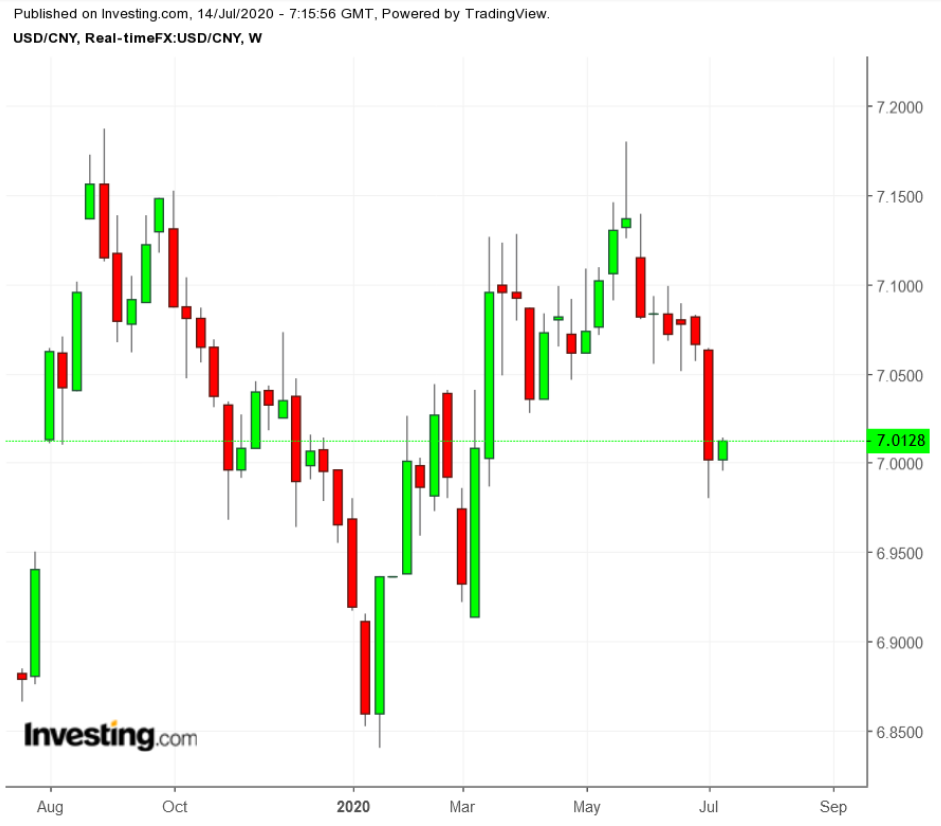 The tightly controlled onshore yuan was dipping below its threshold of 7 yuan to the US dollar on Monday ahead of the GDP figures, and analysts expect it to trade in a narrow range of 6.98 to 7.04.

Last week, the PBOC said it doesn’t see the need for further stimulus to combat coronavirus, and analysts said the central bank may back off from certain measures to ease monetary policy, such as a planned cut in the reserve requirement ratio for banks.

It is this kind of restraint, while western central banks have opened the monetary spigots, that has widened the spread on China bond yields with those of other government bonds to their greatest since 2012, as one analyst has pointed out. Clearly, foreign investors have noticed.