Chart Of The Day: Now's The Time To Short Gold Vs. Bitcoin

Chart Of The Day: Now's The Time To Short Gold Vs. Bitcoin

Bitcoin traders have awoken from hibernation to realize the world around them has turned bullish on the digital currency. This week, they found it in themselves to push Bitcoin above the $11,000 threshold for the first time since last August, breaking through resistance that has held in place for a year.

Also, the largest digital currency by market capitalization was mostly abandoned, to drift from early May, the point at which it had mostly recovered March's losses.

There are numerous reasons for the strength in Bitcoin. Renewed confidence after greater regulatory scrutiny increased the stability of the cryptocurrency's infrastructure, as well as better overall stability—the silver lining of the more muted price action between May and July—and lower supply in the wake of the recent halving, for starters.

Add to that, a surge in demand for cryptocurrencies from asset managers, coupled with the current rally in gold. Both have delivered a kicking to the US dollar, which is now hovering around its lowest level in two years versus a basket of major currencies.

This presents a fun question for an analyst. What’s the better trade, gold, or Bitcoin? Perhaps the intuitive and impulsive response is gold, which could be seen as a cause for the rally in the cryptocurrency. However, gold is already in the thick of a hot rally and perhaps has exhausted itself, at least for now, while Bitcoin is just getting started.

Gold is up around +27.7% so far this year, while Bitcoin has risen by around 51.7% in the same period. Then, again, gold has, this week, just hit all-time highs, while Bitcoin must almost double in value from here to reach its December 2017 record peak, giving it much more room to run before fears start to emerge about it being overvalued.

Trading the dollar is where the headache sets in. The greenback is suffering its worst July in a decade and its longest continuous slide in almost 3 years. While newbie traders may excitedly jump on for the ride, they should buckle up and fasten their helmets, because they will experience some serious whipsaws, as short profit-taking and dip-buyers may rattle bears to the core, while bulls say “the buck stops here.”

So, let's pit gold against Bitcoin to eliminate at least one underlying uncertainty. 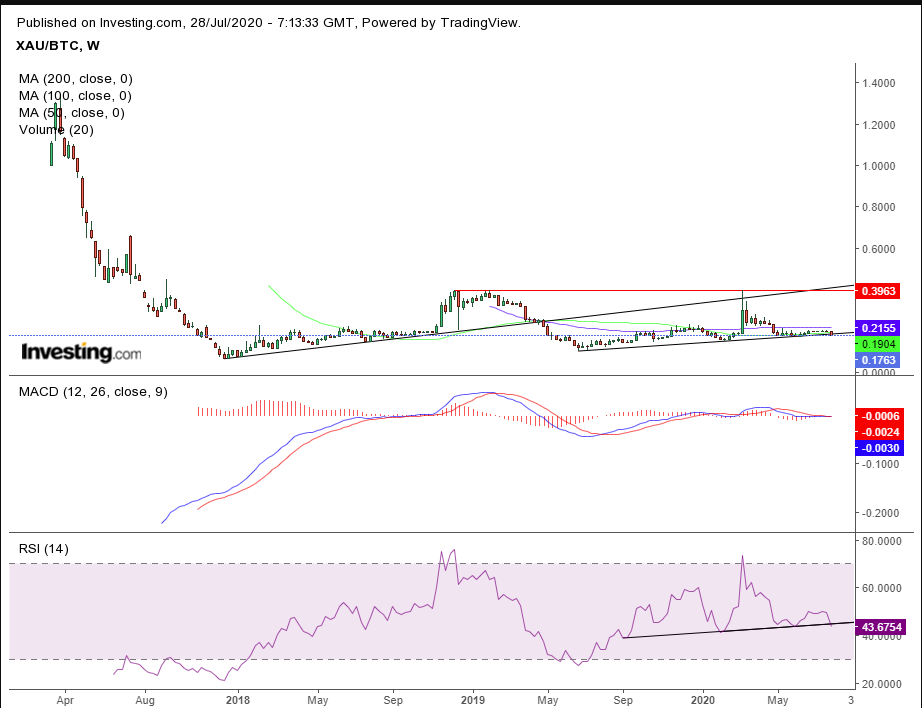 Bitcoin’s surge was so powerful that it pushed the relative value of gold below the uptrend line that has been in place since June 2019. The MACD has just provided a bearish cross, and the RSI topped out, along with the price, showing there is momentum in the move lower in price.

The March high found resistance in the form of the longer-term uptrend line that has been in place since the lows of December 2017, which confirms the December 2018 peak. This structure suggests that the downtrend that saw a collapse of 95% in the value of gold relative to Bitcoin between April and December 2017 may resume.

Conservative traders should wait for a deeper decline below the June 1 low of 0.1685, then wait for a likely corrective rally to retest the anticipated support-turned-resistance from the broken trendline.

Moderate traders may be satisfied with the breakout, but wait for a return move for a better entry, if not for a test of the trend.

Aggressive traders may short at will, providing they understand the trade and its risks and have a plan that suits their account and temperament. 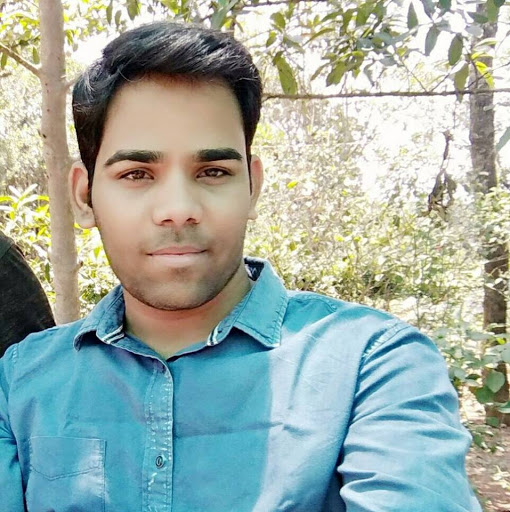