Cannabis stocks traded lower almost across the board yesterday, with some of the biggest names recording losses of 2%-7%, as investors collectively opted to cash in on gains since the beginning of the month.

The seemingly synchronized move is perhaps a measure of just how jittery investors in the industry remain after bearing the brunt of more than a year of steady losses in this space.

Among the biggest dips posted yesterday was Aphria (NASDAQ:APHA) (TSX:APHA), which saw its stock take a one-day drop of just over 7% to close at US$12.01 (CS15.31 for stocks trading on the Toronto Stock Exchange). 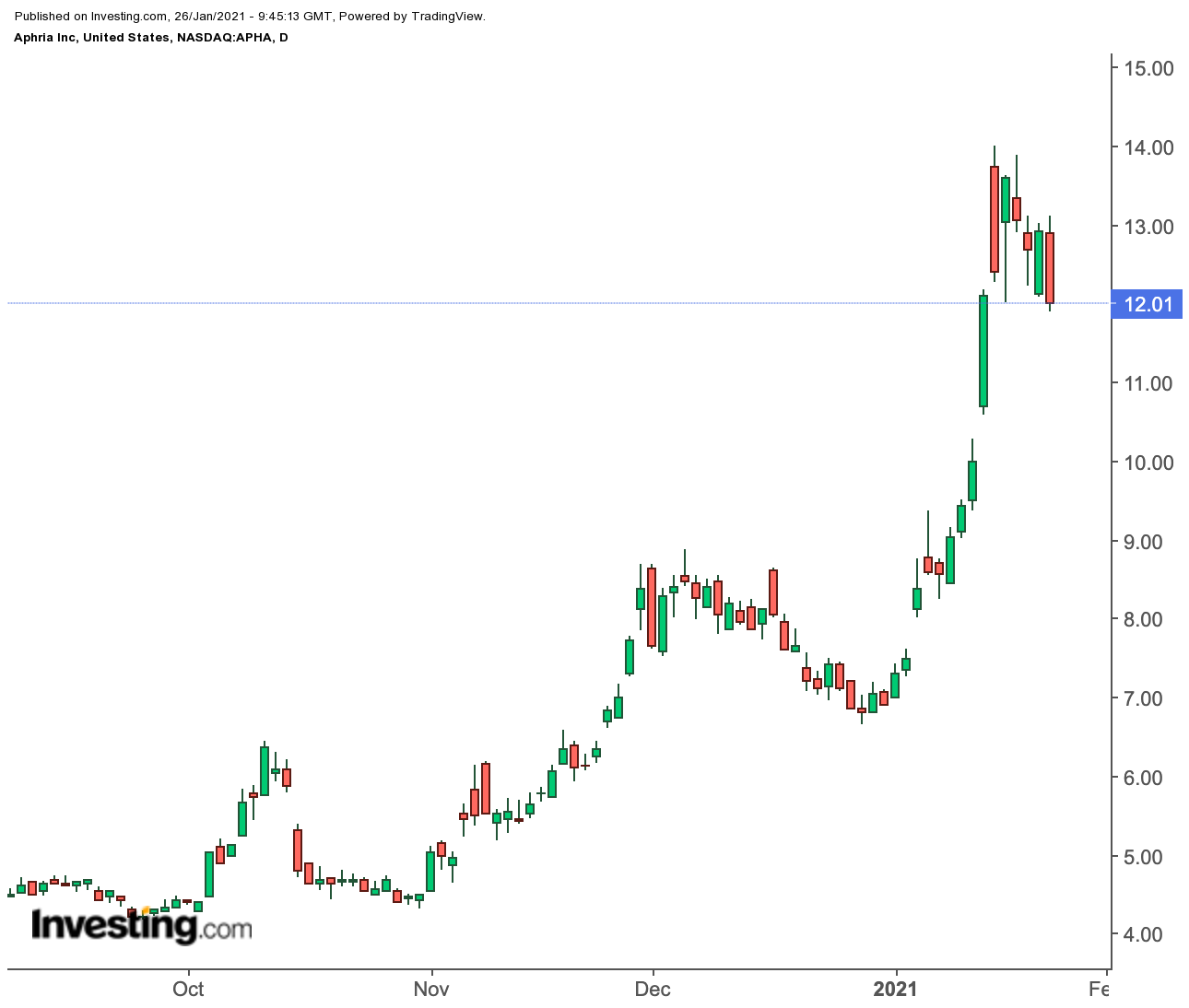 Last Tuesday, Stifel analysts raised its stock price target on the Canadian-based pot grower to U$12.18.

Shares of Cronos Group (NASDAQ:CRON) (TSX:CRON) also suffered a tumble yesterday losing just under 7% to close at US$9.91 (C$12.68 for stocks trading on the TSX). The stock is still up more than 30% in the last 12 months. 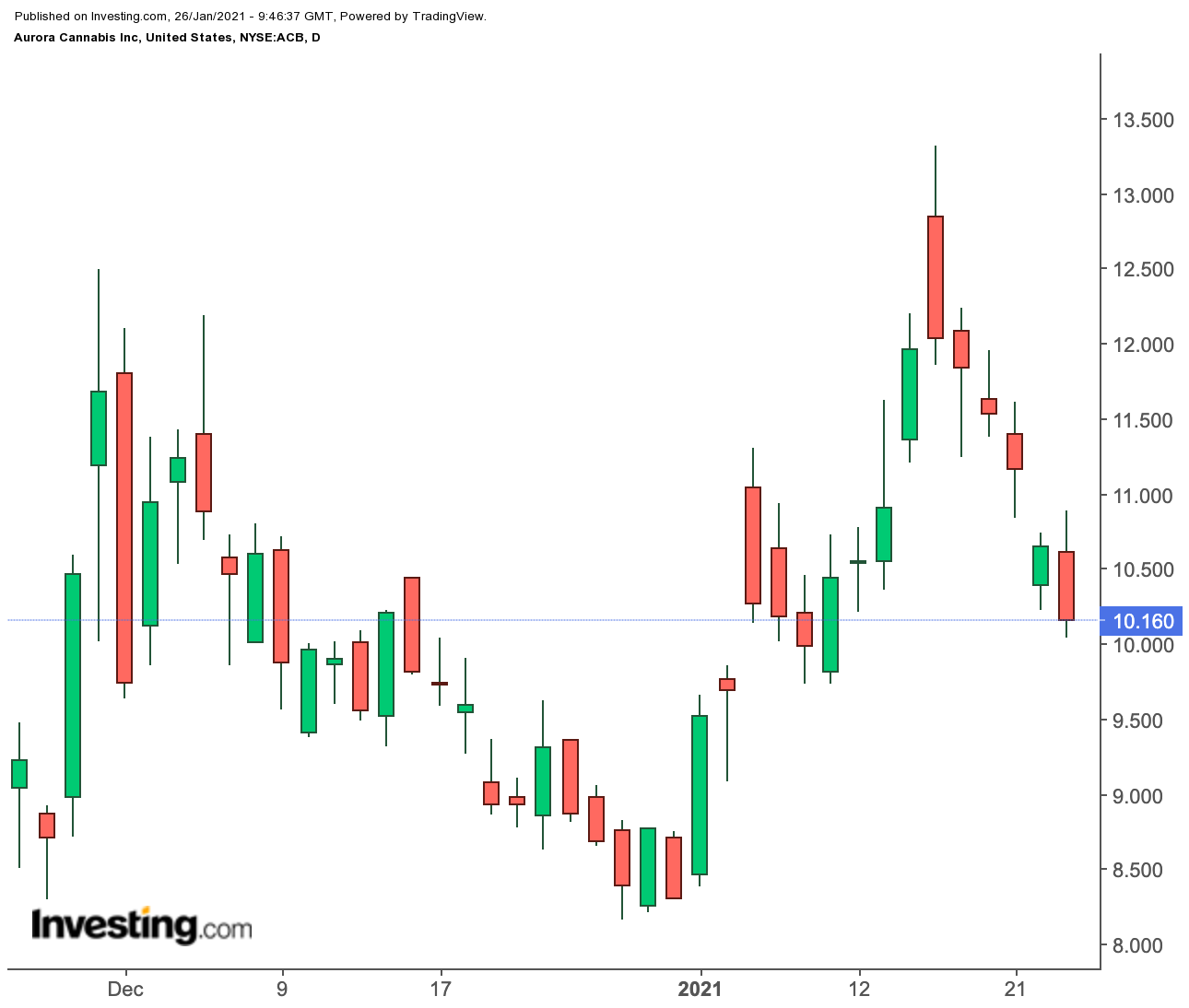 In the case of Aurora, yesterday’s drop comes on the heels of a more than 3.5% dip posted last Friday. That downward move was attributed to the company’s announcement the day before that it had entered into a bought deal valued at US$125 million (C$160 million).

According to a statement released by the company, the proceeds of the offering, which closes today, “will be used for general corporate purposes.” This means the funds could be used to reduce debt. However, it also runs the risk of diluting its outstanding shares.

Marijuana Bigger Than Milk In Maine

Just how big are legal cannabis markets in the US? And what does it mean to public coffers as taxes are collected?

Here’s one measure from the State of Maine. In 2020, medical marijuana officially became the most valuable crop grown, surpassing all traditional agricultural products, including potatoes, blueberries and milk.

According to a report in the Portland Press Herald, medical marijuana sales in the first 10 months of 2020 totalled US$221.8 million, more than double the figure for the same period in 2019. In comparison, based on sales tax figures, the volume of potatoes sold in the state totalled US$184.1 million, US$123.6 million for milk and US$26 million for blueberries.

These figures are totals from Maine’s eight dispensaries licenced to provide medical marijuana and the state’s network of about 3,000 registered caregivers. They do not include the sale of recreational marijuana, which included $1.4 million in sales for the month of October, the first month of legal sales in the state.

And while on the topic of quantifying the size of cannabis markets, the latest report by Arcview Group and BDS Analytics estimates that the global market for marijuana will reach $42.7 billion by 2024.

Looking at a longer timeline, another report, by Grand View Research, goes even further, predicting that the global legal cannabis market will hit $73.5 billion by 2027.

Among the biggest segments of this growing market, Grand View claims, is the medical marijuana segment, “owing to the growing adoption of cannabis as a pharmaceutical product for treating severe medical conditions, such as cancer, arthritis, and Parkinson’s disease and Alzheimer’s disease among other neurological conditions.”