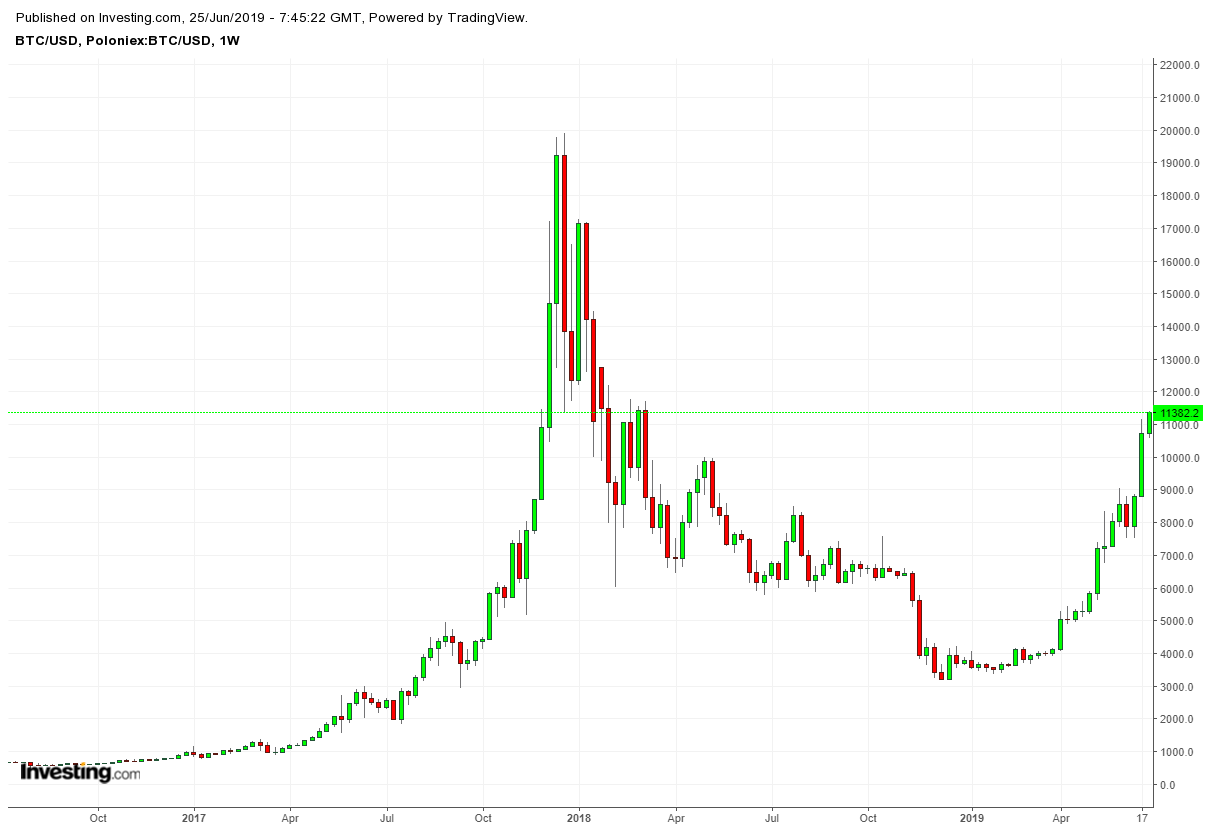 But after losing 80% of its value in 2018, many investors may have already written it off, dismissing the cryptocurrency as just another asset bubble on its way to zero. Still, though the coin appears to be rising from the ashes, there seems to be far less excitement about its upward momentum right now, in marked contrast to its previous move higher.

Could 2019's new Bitcoin bullishness be different from the 2017 frenzy?

One of the major characteristics of the previous bull run was the extreme degree of interest from retail investors, coupled with daily coverage of Bitcoin's price moves in all major news outlets. Is this bull also being fueled by retail? While not a perfect indicator, Google Trends can help clarify how robust retail interest actually is. 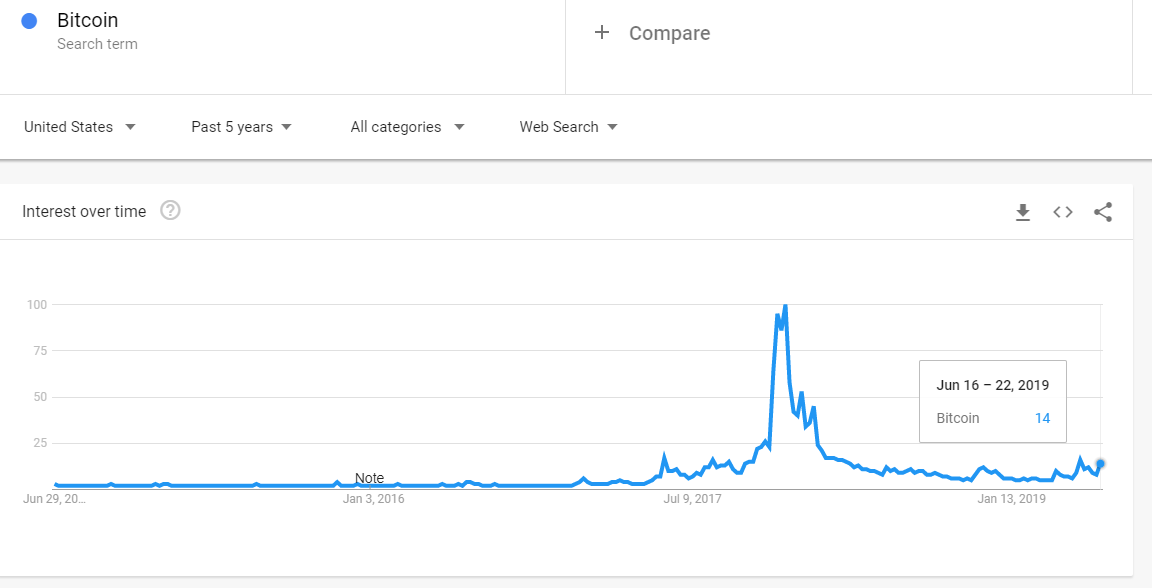 Searches for the term ‘Bitcoin’ had a relative strength of 39 in November 2017. Trends are measured against their peak performance, so 39 indicates the volume of searches for the month was 39% of the maximum achieved. The ultimate volume reached was 100, a month later, in December. The relative strength of 'Bitcoin' searches thus far in June 2019 is only 12, three times less than it was when the cryptocurrency previously crossed $11,000 on its way higher.

2. Search Volume for 'How to Buy Bitcoin'

The stark difference between now and then is particularly evident for the search term ‘How to Buy Bitcoin.’ As well as providing an indicator of general curiosity, it also offers a view into the approximate number of new investors interested in the asset. Unsurprisingly, searches for the term peaked at 100 in December 2017, with November coming in at 41. For June 2019, the relative strength is just 5, eight times lower than it was in November 2017.

It appears that this time around, mom and pop investors are barely driving Bitcoin’s price versus their influence a year and a half ago.

Accessing the current state of the Bitcoin blockchain, including the number of active addresses, fees paid, number of value transfers, or the mean size of the transaction can tell us whether Bitcoin’s price is overheating. All data below from coinmetrics.io.

The adjusted value of transfers on the Bitcoin network is also lower now than it was in November 2017. Back then, the average amount of BTC transferred daily was 384,000; currently it's 177,000, less than half the daily amount previously registered at the $11,000 price point.

Clearly, this Bitcoin bull hasn't reached an extreme just yet. That's surprising considering the cryptocurrency's recent run-up of 207% year-to-date, having jumped from ~$3700 to ~$ 11380 in just a short time.

Significantly, these gains occurred even without the level of retail interest seen before the 2018 crash. Of course, at that time many investors lost 80% and more on the asset, something that's bound to scare the uninitiated. And given Bitcoin's history of volatility, there still could be another roller-coaster ride ahead. If this upward momentum continues, given Bitcoin's previous history of robust surges and violent plunges, once a critical mass is reached, look out for another parabolic ride higher and lower.

Best way for interested investors to proceed? Focus on metrics going forward. During the last bull run $11,000 was hit as the market was overheating; that's not the case yet.