With U.S. economic data continuing to show strength and trade talks with China back on course, investors have been anticipating another strong rally in equity markets.

That optimism was certainly on display as the trading week came to a close on Friday: three major U.S. indices finished higher for a third consecutive week. Still, many analysts haven't yet ruled out another week of volatility, especially since the Federal Reserve is announcing its latest rate decision this coming week and there is enough uncertainty in the air about the central bank’s future course of action.

Though the Fed decision is probably the most important event investors will focus on next week, there are also some big earnings announcements that shouldn't be ignored. These three large caps might surprise markets when they report quarterly numbers:

The world’s largest parcel delivery service, FedEx (NYSE:FDX) will report its fiscal 2020, first quarter earnings after the market closes on Tuesday, Sept. 17. On average, analysts are expecting an 8% decline in earnings to $3.17 a share on sales that will likely remain flat at $17.09 billion.

FedEx’s earnings, which come almost a month earlier than the third quarter 2019 numbers for the majority of U.S. companies, are generally closely watched since the delivery business is considered a proxy for the global economy. As such it can provide early warnings on trade and business investment issues. 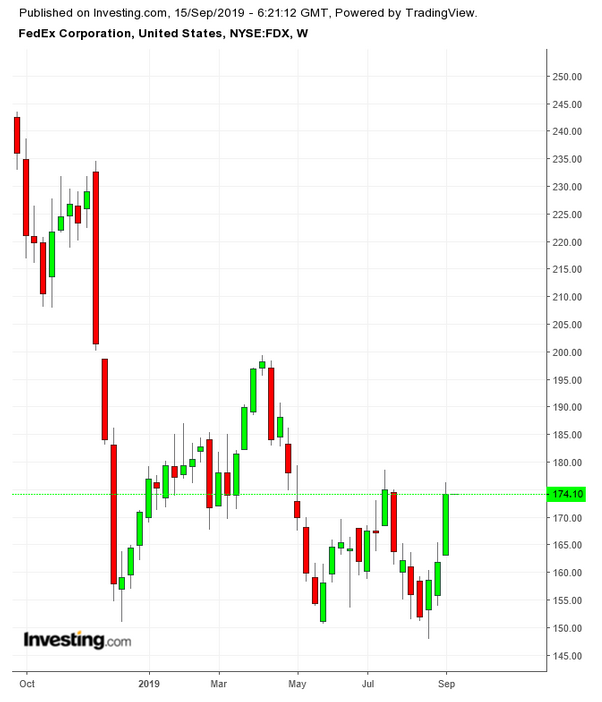 This past June, FedEx warned that the company expects it might see its first annual decline in adjusted earnings per share in more than five years during fiscal 2020. Adjusted earnings for the current fiscal year will drop by “a mid-single-digit percentage” from $15.52 a share in the previous year, negatively affected by continued weakness in global trade and industrial production.

Due to this bearish forecast, FedEx shares have fallen about 33% from their 52-week high, closing at $174.10 on Friday. The company's report and guidance might offer some clues to wary investors on how badly the U.S.-China trade dispute and the weakness on the industrial side of the economy are affecting its business.

Another stock that could surprise investors this coming week is Adobe Systems (NASDAQ:ADBE). The maker of Photoshop also releases its fiscal 2019, third quarter earnings on Tuesday, Sept. 17, after the close.

Analysts on average expect $1.97 a share profit on sales of $2.82 billion. In June, Adobe released an impressive earnings report for its Q2 period, helped by the company’s expanding product line after two acquisitions in the past year. 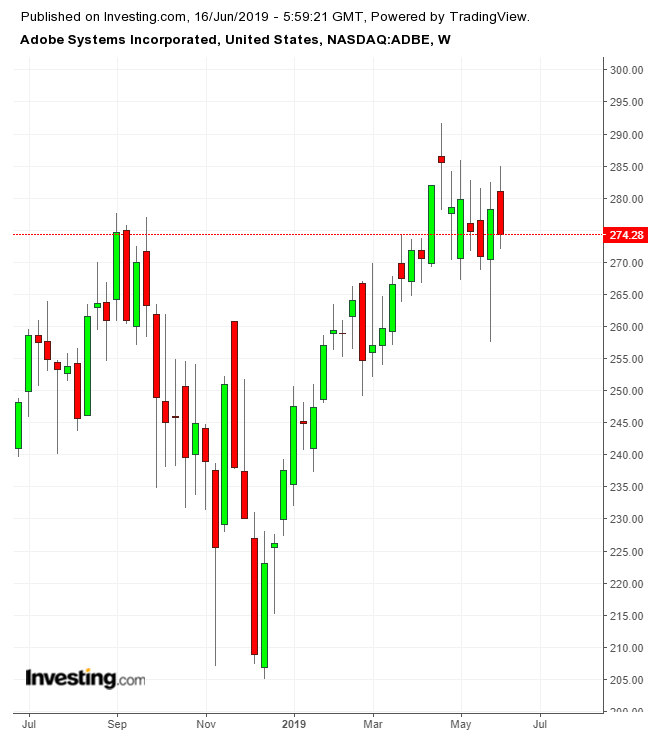 Adobe, which competes with Salesforce.com (NYSE:CRM) in the marketing and e-commerce technology segment, is trying to boost growth by expanding its business offerings while strengthening its core, creative software business.

The software manufacturer expects a 25% increase in bookings in its digital-experience business, the corporate segment that includes its marketing and analytics products. Adobe shares have had a powerful rally this year, surging about 25%. The stock closed at $278.35 on Friday.

Investors expect $0.77 a share profit on sales of $4.08 billion amid signs that the Minneapolis-based company's growth is coming under pressure. The challenge for General Mills is daunting: the consumer foods company has to accelerate growth in an era when consumers are rapidly changing their eating habits, looking for fresher, greener and less sugary fare. 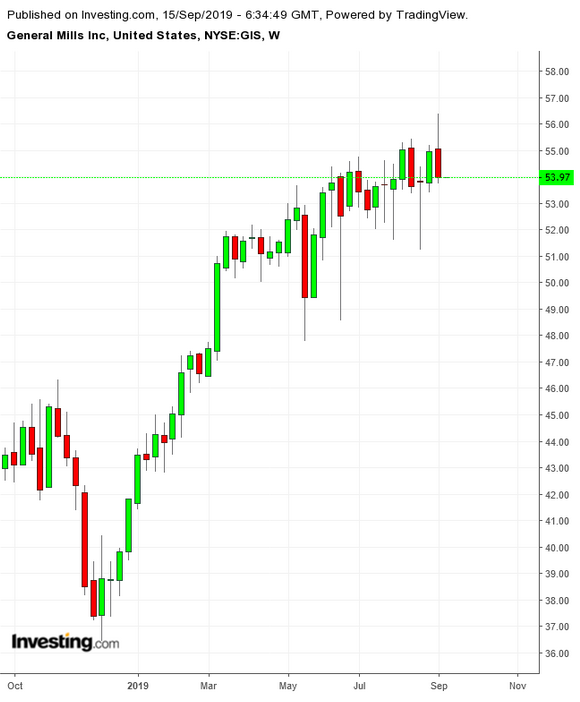 The company’s last earnings report showed the path ahead is likely to be uneven, despite General Mills’ latest effort to diversify its revenue base after it reported that sales—excluding the effects from currency fluctuations and acquisitions—fell in its fiscal fourth quarter and were flat for the year. Despite these concerns, the company’s stock has produced a 40% rally this year, closing on Friday at $53.97.

The company’s attractive 3.6% dividend yield, and its acquisition of Blue Buffalo, a natural pet food producer, could explain the reasons behind this strength. In the coming week, however, it will be important to see what other growth drivers General Mills might have on tap to spur expansion and impress investors.