The 10-Year US Treasury yield has fallen below the 2% threshold, following yesterday’s FOMC meeting.

Eight out of the 17 policymakers signalled lower Fed rates this year, with seven expecting at least a 0.50% cut. Together with lower inflation expectations, with the central bank now expecting core inflation to average 1.5% this year, a rate cut in July seems a done deal.

Fed Jerome Chairman Powell did, however, mention several times that he and his colleagues will be eyeing the incoming data between now and the next FOMC meeting. Not cutting rates would lead to a severe downturn in risky assets, as markets have priced in a significant amount of monetary loosening. As a result, the world’s most watched bond yield has collapsed from over 3.20% to below 2% in just over six months. 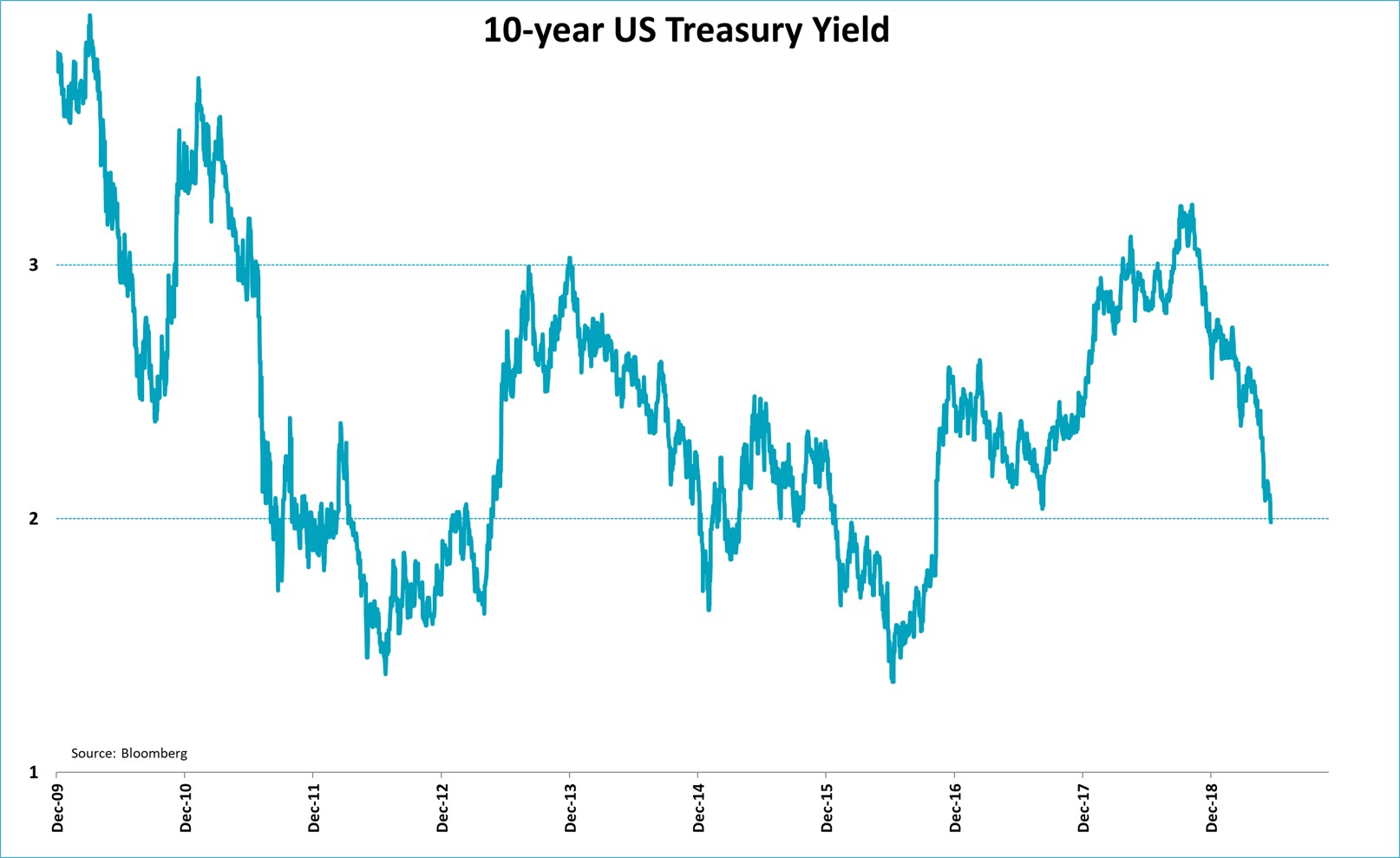